Arsenal have reportedly not given up on signing Monaco’s Thomas Lemar following failed bids this summer as they are planning on a new offer for the player in January, according to the Daily Mail.

The Gunners are believed to be have offered in excess of £90 million for the French winger in the summer, but Lemar’s drop in form could command a lowered bid this time.

The potential signing will be an attempt to find adequate replacement for Alexis Sanchez who will be free to discuss terms with other clubs as soon as January.

Lemar has failed to hit the top form he reached last season as he has been substituted in all but three matches in this campaign. He has seen some spark return in November, however, having contributed with an assist against Caen and a goal against Bordeaux earlier.

He can play in the No.10 position as well as on the left flank and could provide service to French national side teammate Alexandre Lacazette. 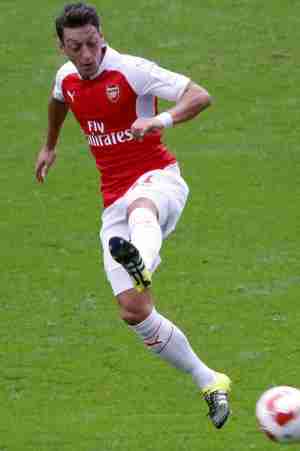 Picture: Mesut Ozil in another Arsenal figure who looks bound for an Emirates exit. Anish Moraji, cc by 2.0

Meanwhile, the Sun reports that Barcelona have made contact with Arsenal in bid to secure Mesut Ozil in January. Ozil is believed to want in excess of £330,000 a week and Barcelona might feel capable of offering him that amount of money.

They will however face competition from PSG and Manchester United who have also reportedly expressed interest in the German playmaker.

Every rain cloud has a silver lining

When a complete stranger addresses you for the first time with “Are you a copper?” you immediately think that you are definitely in the wrong place. Welcome to Ilford FC. Not the normal w...