Cult heroes create images; legends create a multitude of them. Arsenal have been blessed with their own cult heroes and legends–people who for one reason or another have punctured the tough protection layer surrounding Arsenal folklore.

Here are the top 20 Arsenal cult heroes and legends: 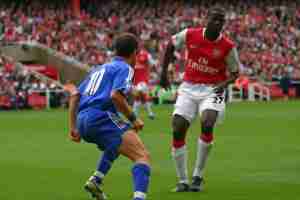 Eboue rose to such levels of cult following that he broke straight through to legendary status. He might not have been the best player to grace the shirt but his influence in the dressing room was undeniably uplifting.

“He’s funnier than some comedians on TV” ex-teammate Adebayor enthused. No wonder, with his clown-like stretching routines and crafty use of a tiger costume which he once wore to entertain teammates at a getaround. 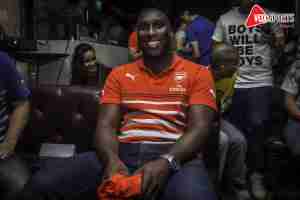 Any professional player, who switches from Tottenham Hotspur to Arsenal, instantly becomes a cult hero, just like that. Add to that helping Spurs' main rivals win two league titles, one of which in an undefeated season, and dimensions start get a legendry tint. 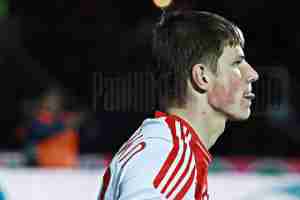 The laid-back Russian dwarf out of a Scandinavian fairy tale scored some amazing goals in his time–none more famous than his four against Liverpool that turned him into a fan favourite overnight.

He carried himself on field as if strolling in between the isles at Tescos, but with ball at his feet he was an artist. Even though he failed to reproduce the form of that Zenit St Peterburg Europa League success, he endeared himself to the fans with his on field antics. 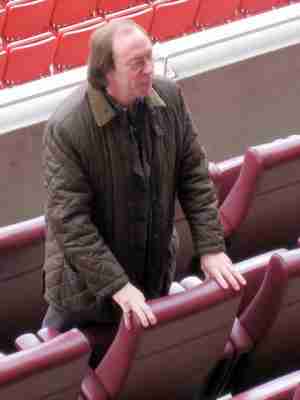 A cult hero is someone who is associated with an image that has stood the test of time. George lying down on the grass after scoring a long drive to seal the double, with arms outstretched, was the one he created.

He was also a fan favourite for another reason–he was a supporter of the club himself. 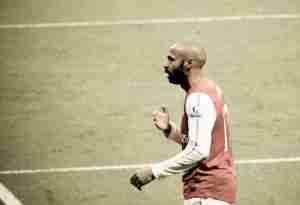 Tomes have been written about Henry’s Arsenal conquests so I won’t go into them again. Goal aside, Henry hearty confessions of Arsenal love were enough to secure the crown in Arsenal folklore. 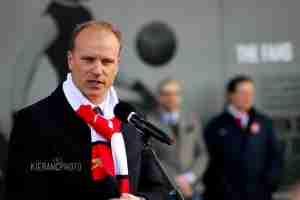 The ink producing factories owe their rise to Dennis Bergkamp. The non-flying Dutchman has prompted many pens to run out of ink and many serves to crash in heaping praise on his playing skill.

It’s a shame for football that people could not enjoy more of his dazzling skills due to Bergkamp’s fear of flying which often left him waiting out at home in the more distant away fixtures. 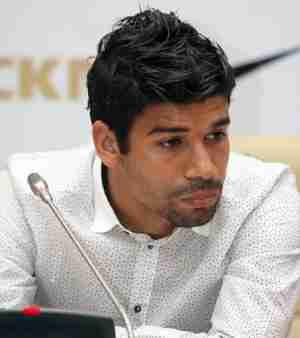 There’s been a tender mix of success and failure for Samba kings who have graced Arsenal. Those who have succeeded have left a deep imprint. Eduardo probably sticks right in the middle–between complete success and utter failure.

The reason: a ghastly injury. Eduardo had the potential to become the most lethal striker in the world but fate played a bad joke on him. It is something humane Arsenal fans could see in him. That’s why they loved him. 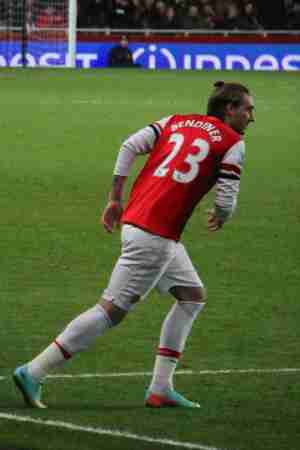 Arsenal’s sports psychologist Jacques Crevoisier once evaluated Lord Bendtner at 10 on the scale of up to 9 for ‘self-perceived competence’. In other words, his confidence was off the charts about his playing ability.

Not only that but his crazy antics made him into a world-known folk hero, a generator of MeMes. He once changed his shirt number to 52 from 21 because he thought itwould help him score twice the amount of goals that season. It didn’t. 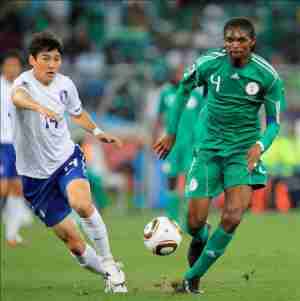 Lanky and sluggish in his movement but just as technical and enchanting, Kanu rose to Highbury fame when he bagged a hat-trick in a famous comeback win against Chelsea.

The African football drove out a fulfilling football career despite diagnosis of a heart defect in 1997. His defective heart drove him to open a charity foundation in places in Africa. In that way he proved his heart is bigger than 80% of the population on Earth. 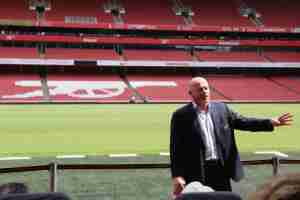 After Groves retired from Arsenal, people would’ve thought his duties for the clubs have finished. But when he was asked to put on a Spurs’ shirt for BBC’s ‘Shirt or Hurt’, Groves thundered a resounding ‘No.’

For that alone he endeared himself to fans. Add two important pieces of play to help Arsenal secure the title in 1989 and the League Cup final in 1987, and you will understand the true extent of Groves’ impact on Arsenal folklore. 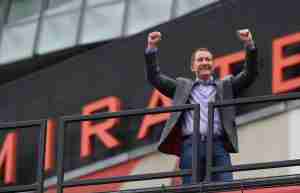 Usually you go to the parlour for socializing. In that respect Ray Parlour lived up to his surname, even surpassed it. He was the soul of the dressing room before and during Wenger. Alcohol helped.

And even though he changed his unsportsmanlike habits when Le Professor arrived, he remained a steady source of entertaining stories. Parlour was just as much a storyteller as he was footballer.

Adams is an Arsenal icon in exile, currently. The greatest club captain has expressed appetites for the top job at Arsenal–not many would disagree he deserves it–but with Wenger, he’ll have to wait.

Adams was Mr. Arsenal: the man who gave his heart and soul for the club–a proper revered and loved legend. 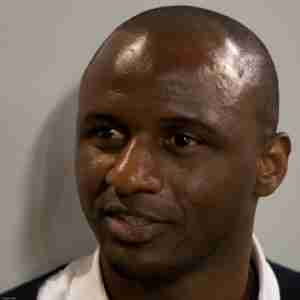 If there was something cult-like about Vieira it must have been the way he played in the centre of the pitch. He used his imposing physique to dictate the tempo and could cross the field in about three-four strides. Hardly could you see such a blend of grit and finesse in one player.

It’s telling how much time Arsenal took to find a replacement. Some say they still haven’t.

How many times have you heard of a player starting his professional career at 22? Not many that’s for sure. You need a special talent to pull it off. Wright had all the necessary cogs, judging by his goal-scoring record.

On top, his upbeat attitude and loyalty to the club has cemented him a place on the mouths and in the minds of those Arsenal fans buzzing in the pubs. 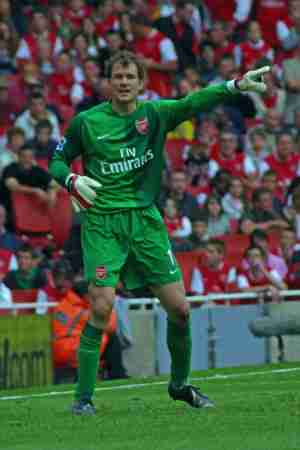 Mad Jens became a cult hero at Arsenal for backing up his antics with just as crazy performances. He’s the only goalkeeper to manage a run of over 800 minutes goal-less in the Champions League.

Two years before, he had achieved eternalness with the Invincibles. 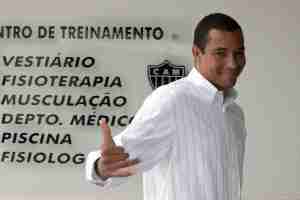 The Invisible Wall, the Arsenal faithful called him for his quiet yet hugely effective work in front of the back four. And it was work, a dirty one at that, one that drew no attention.

Usually players such as Silva do invisible but crucial work for which they rarely receive deserved recognition. Silva however left a legendary sized mark at Highbury. 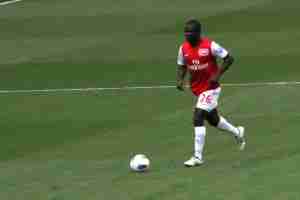 Another Arsenal cult hero, Frimpong trademarked a word–Dench. He later established a fashion brand and named it Dench. Unfortunately, his creativity and high spirits off the field never translated into results on it.

Frimpong spent many moons on the sidelines treating injuries, managed only six games in four years, and is now playing for Russian outfit Arsenal Tula. How can you not love him? 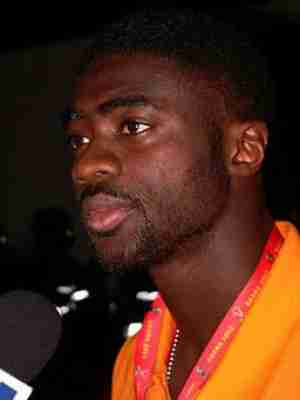 One of the best Toure stories stems from his trial match at Arsenal. In it, he hard-tackled the club’s two biggest stars Henry and Bergkamp and after Wenger warned him to stop it, he tackled him too.

Toure’s enthusiasm and lovability knew no bounds. It was what made him into an Arsenal legend. This, and the fact he was irreplaceable during the 49-undefeated run.

Have you even known someone who people mocked all along for not being able to approach girls, but lands the Prom Queen in the end? No? Me neither.

But Jensen was notorious for his inability to find the mark from range. One faithful evening he scored a screamer of a curl–his only goal for Arsenal in his four year career. For Henry, it might have gone ‘he shoots, he scores’. For Jensen–‘he shoots, haha’ until boom: a peal. Not boring. 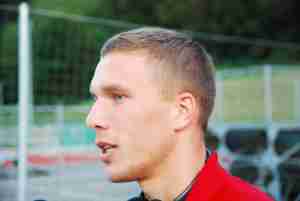 ‘Hell will freeze over before this transfer will happen’ Podolski wrote on his twitter about a potential switch to Tottenham Hotspur.

The upbeat striker fit well into the Arsenal culture right from the beginning. How couldn’t he with statements such as these?

He received much love from the Arsenal faithful and even though he failed to deliver to goods on the field, he won plenty of hearts with his charismatic personality.

Former Manchester City manager Manuel Pellegrini believes Pep Guardiola's experiences of English life will give him a deeper appreaciation for what the Chilean managed to achieve bef...