Arsene Who?! - the British papers wrote when a certain unknown Frenchman came from Japan to manage Arsenal in September 1996.

Twenty years later, we find Arsene Wenger a bit more wrinkled and with whiter hair, but still wearing the same worried and pensive look on his face, flashing the same occasional cheeky smile. He has lived through a yin-yang of emotions on and off the pitch, boardroom shifts, a stadium relocation and two generations of Arsenal supporters.

It's fair to say these 20 years at the London-based club would not have been possible without the sometimes unconditional support of the boardroom. But his relationship with the fans has been equally important and influential and it has not always been a two-way street. In fact, one time it led to Wenger threatening to quit.

But how has this relationship changed over the years? 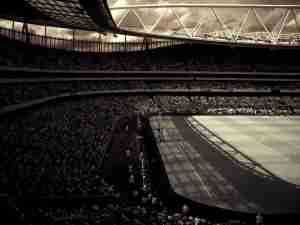 Back in 2005, Patrick Vieira converted a penalty against Manchester United in the final of the FA Cup which won Arsenal’s last trophy for nearly a decade to come. It felt symbolic that the Frenchman–one of the first pivotal figures who helped Arsenal to two doubles–would score the goal to bring the last trophy. He left for Juventus that same year and opened the floodgates for an exodus of popular names. It was all due to the club’s plans to move to a new stadium–the Emirates.

It was during those tough times of a relative financial strain and, the indirectly resulting from it frustration on the home and away pitches, when the fans’ attitudes toward Wenger shifted. That unknown Frenchman that came in 1996 to manage his sides to two doubles was now struggling to launch another title bid.

The fans split into two prevailing camps: Those who appreciated the wider picture and desiring Wenger to stay and those who were willing to start anew and calling for his head. 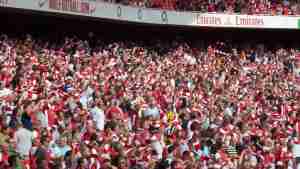 The truth is football is a whimsical sport–a reflection of the fast contemporary world. We want quick results, more and more of the intoxicating victory which we hope would erase past disappointments. We jump from one victory to another fueled by euphoria until we inevitably crash down, yet again, only to look around in search of whom to blame.

It was those attitudes coupled with the fact that Arsenal supporters have had to endure some of the highest-priced tickets in Europe that drove a chunk of the fans to demand a change.

Getting rid of Wenger exemplified that change. 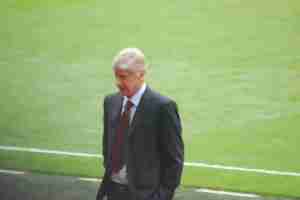 The unsuccessful years piled on top of each other. With the departures of the last Invicibles such as Dennis Bergkamp, Patrick Vieira, Emannuel Petit, Robert Pires and Thierry Henry, the atmosphere and general feeling among the fans turned to anger and grief with Wenger being the only outlet.

On the surface, Arsenal seemed to lose its inner spark: that ability to attract quality players. Along with that Arsenal seemed to be getting smaller as a club–smaller compared to the sky-high standards set by those double-winning teams of a few years back.

In the eyes of those tuned into an anti-Wenger mode, the club was going the wrong way. Wenger had failed to build on the previous accomplishments. 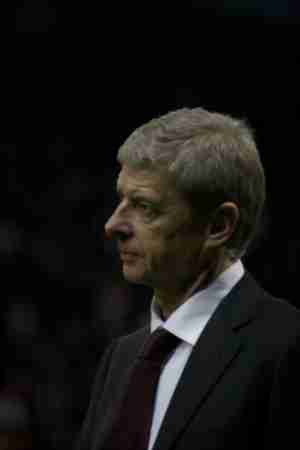 The arrival of a certain Russian and Arabian billionaires in the Premier League provided steady examples of how to buy success overnight. The prevalent opinion among fans was that success could be achieved by buying quality from outside, buying already established players who could bring more immediate results. In contrast, Wenger was managing a plan implementing the use of young players, squeezing the most he can out of them in times of financial stain.

The pressure of failures to win a trophy reached its peak when Arsenal lost to Birmingham in the final of the League Cup in 2011. The wave of negative emotions threatened to become a tsunami and overcome the whole club, manager, boardroom and chairman. 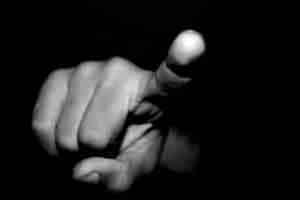 The #wengerout movement got out of hand then. Picture: Sudhamshu

Wenger has survived however. With the steady repayment of the loan for the Emirates, Arsenal has found relative financial freedom in the transfer market. The negative mood has been partially squashed by the arrivals of Santi Cazorla, Mesut Ozil, Alexi Sanchez, Peter Chech and Shkodran Mustafi–all mature players with enough quality to make Arsenal title-contenders. Results have followed. Arsenal won two consecutive FA Cups in the last couple of years.

But it's hard to erase years of emotional strain of the trophy-less years perhaps remains as ambition to win more than just the FA Cup. The general feeling of discontent is unlikely to disappear until Arsenal triumph in the Premier League or win the Champions League; or if Wenger leaves.

Now, at the tick of 20 years at Arsenal, it seems Wenger is entering a new chapter of his story. His contract is due to run out at the end of the season. Will he stay until he completes the circle and wins another Premier League title after 12 years or will he rise and pull the strings from the board?

No matter what he does, 20 years is more than enough to leave a mark–on the club, the fans, the players. And even though some might not agree with his ways, it is enough to leave a bronze statue on the grounds outside the stadium in the foreseeable future.

Arsenal have finally reached their nadir in recent years after having been been kicked out of the FA Cup by Nottingham Forest. The defeat seemed to top an iceberg of serious questio...