Share
Tweet
Share
Pins
Share
Like
About The Reachfields stadium Reachfields is one of the most unique grounds in the Ryman League.  Set next to the army firing ranges and close to the seafront, it retains a rural feel despite being a short walk from the town centre.  The most striking factor is the two story main stand, which doubles as the club offices at ground level whilst upstairs is a very well appointed bar with balconies for fans to watch the game on. On two sides of the ground there is covered terracing, whilst the far end is open to the elements.  There is a handy tea bar where you can still watch the game from that serves half price hot food after the hour mark! How to get to The Reachfields stadium

The Reachfields Stadium is easily accessible from the M20 motorway. Leave the M20 at junction 11, then at the roundabout take the 3rd exit onto the B2068, signposted Hastings, Hythe. At the next roundabout take the 2nd exit onto Ashford Road, A20. Continue forward onto Ashford Road, A20. Entering Newingreen, at the T-junction turn left onto Hythe Road, A261, signposted Hythe. Continue forward down London Road, A261. Entering Hythe, continue forward at the traffic lights onto Scanlons Bridge Road, A2008. Turn right at the next set of lights onto Dymchurch Road, A259. Either take the 1st left down Fort Road and turn right at the end of Fort Road for the car-park, or after a few hundred yards turn left onto the Reachfields estate. Follow the road round and the stadium will be on your right. There is plenty of free parking at the ground and in the surrounding streets. The nearest train station to Reachfields is Sandling. There are regular trains to Sandling from London Bridge and London Charing Cross, as well as Ashford International. From the station the ground is approximately half an hour on foot and would include a steep climb on the homeward journey. Therefore a taxi is advisable, Folkestone Taxi’s 01303 252000 Admission to The Reachfields stadium Admission is £8 for Adults, £5 for Concessions and £2 for the Under 15’s. Programmes are £1. Our last visit – March 2013 I have absolutely no interest in my heritage.  Family Trees bore me stupid.  The past is the past and we should all look to the future, is my motto.  That was until my Mother found someone famous in the not-too distant past.  It seemed that my Grandad George W. Wells was the nephew of Herbert George Wells.  You know, the man who wrote those little plays called War of the Worlds and the Time Machine? 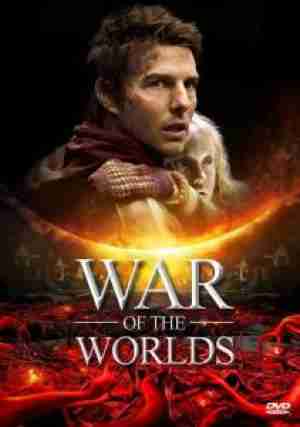 It seems that somewhere along the line the Wells fortune had got lost in the post, although I’m sure that when Tom Cruise reads my blog this week (he is a big fan btw) he will send his fee over to me to distribute among the other surviving Wells clan.   I love genealogy me.  Family History stuff, bring it on. As irony would have it, after retirement my Grandparents moved down to Sandgate, famous for not being Sangatte on the other side of the Channel, and lived here in blissful happiness.  Why is that ironic?  Because unbeknown to them they moved into a house no more than a hundred yards away from where H.G. Wells lived until just before the Second World War. I was a regular visitor during the summer holidays to these parts.  Hythe always seemed a sleepy little place, home of the Dymchurch steam railway terminus, an antiques barn and little else.  But once every few months my Grandad would take me for a walk along the seafront all the way from Sandgate until we came across warnings about live ammunition ranges.  Then we would do a right and head up to the old army training ground, known as Reachfield.  If we were in luck we would stand on the edge of the pitch and watch a game, sharing a packet of lemon bomboms. As I grew up, and visits to the Grandparents clashed with other things (i.e girls) I went years without retracing my steps.  Both my Grandparents passed away some years ago and my trips to sleepy little Hythe died with them. But then a few years ago I saw the name Hythe Town crop up.  They had managed to reach the latter stages of the FA Cup qualifying, taking the mighty Woking to a replay.  I couldn’t believe the transformation in the ground, now resplendent with a double-decker stand.  The club were pushing for promotion from the Kent Premier League, and the cup run was delivering valuable additional revenue.  In 2010/11 the club enjoyed its best season ever, finally reaching the Isthmian League but going one step further in the FA Cup,  reaching the first round proper (becoming the first side from the Kent Premier League to do so for 50 years) before they lost of Hereford United.  But they had reached the promised land at last, and they intended to enjoy the ride. 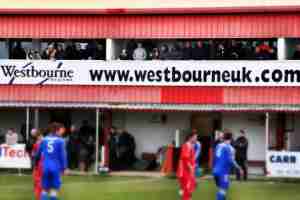 This season has seen progress, progress, progress.  A chance to renew acquaintances with local rivals Folkstone Invicta (just the 1,022 for their game on Boxing Day) and a decent shout at the play offs in a very tight league.  In my quest to conquer Kent football I have wanted to make the trip back down to Hythe for some time.  A cunning plan prior to Christmas that kept the female Fullers happy ended with me listening 5Live in the car park of Ashford’s Retail Outlet centre as their game was postponed at the last minute. Shit happens in Non League football as I had been too painfully aware myself this week with the abandonment of Lewes’s game versus Carshalton due to a floodlight failure. Is it any surprise that the visitors were 2nd bottom of the league?  Casual by name, casual by nature, as my Nan would have no doubt have said.  With the Corinthian version not too far away, the battle wouldn’t necessarily would be on avoiding the drop this season, but being the best Casual in the league.  Of course, Walton does have the distinct honour of being the only town in the Ryman League that has two clubs.  Indeed this was perhaps a warm up for them for the big game on Tuesday when they take on Walton & Hersham in the battle of Elmbridge. Hythe gunning for the playoffs, Walton scrabbling to avoid relegation to the Combined Counties, this had 0-0 written all over it.  Fortunately I had a betting expert on hand with “Game-a-day” John also at the game in his quest to see a game a day for a whole year.  He knows a thing or two about football betting and suggested that a low scoring home win would be the experts choice, but what does he really know? Hythe Town 1 Walton Casuals 0 – Reachfields – Saturday 2nd March 2013 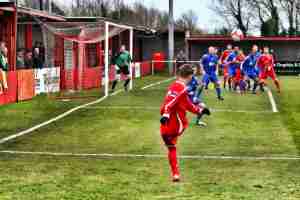 “Ladies and Gentlemen – All the hot food is now half price” came call across the tannoy system on the hour mark.  This one sentence had more impact on the efforts of the Walton players than anything their manager had tried to say to them over the past sixty minutes.  Despite the home side continuing their goal-shy performance from last Saturday when they drew a blank against Mertsham, they had done enough in the first half to win the game thanks to Brendon Cass’s tap in. Of course John had called it right.  Hythe tried to get the ball wide to their young pacy wingers Hobbs and Savage as often as they could.  The two players came in from some tough tackling from the Walton defenders and it was no surprise the opening goal came from their invention.  Hobbs was scythed down on the edge of the area and from the resulting free kick, confusion rained down on the Casual’s six yard box, the keeper flapped and Cass tapped home. Half time saw us head to the bar at the top of the main stand.  What a top place this was.  Decent size bar, Adnams (and Doom Bar!) being served with a wink and a smile, big screen TV’s and of course the opportunity to watch the game from the balcony, a la cricket style.  But I’m no pawn sandwich (or in this case Welk sandwich) eater so I declined a birds-eye spot up here, returning down to earth with GADJ. 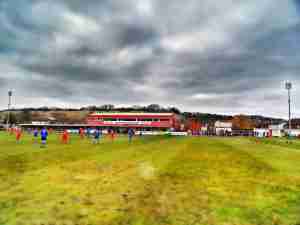 Hythe almost doubled their lead early in the second half when the Walton keeper’s clearance was returned back with aplomb but the ball just bounced over the bar. The low stands around the edge of the ground also saw the ball sail over the roof on numerous occasions.  During the second half, with hot food at half price another amusing announcement was made. “Attention Ball Boys.  There are now two balls that need recovering from outside the ground and not at the refreshment stand”.  You tell them! So a disjointed game came to an end.  A fairly good crowd of 205 would go home happy with three points rather than the performance, but at this stage of the season, it is all about keeping in touch with the teams at the top, and that is exactly what they had done.  Mission accomplished. My return to my memories of yesterday had been fairly pleasant.  A nice little ground with all the right ingredients for a good day out.   If only great great great Uncle Herbert was alive today – he would have loved a cheeseburger at fifty percent off.
Share
Tweet
Share
Pins
Share
Like

About Ram Meadow There are few more picturesque Non League grounds than Ram Meadow, with its mix of old wooden stands and the cathedral looming down in the distance.  Time may be running...