Share
Tweet
Share
Pins
Share
Like
About Champion Hill Champion Hill is the home ground of Dulwich Hamlet, and Fisher FC who currently share the ground. ‘The Hill’ was formerly one of the largest amateur grounds in England, with attendances often reaching 20,000 and beyond. However, Dulwich Hamlet fell on hard times, so much of the land they owned was sold for development of a Sainsbury’s supermarket. The subsequent stadium was previously the training pitch before the 1980’s. During the 1948 Summer Olympics, (Old) Champion Hill hosted a game between Korea and Mexico. As well as being the home of Dulwich Hamlet, and Fisher, the ground is also used for other matches, including county cup ties, and county league matches. The ground is also now used by Millwall’s ladies team, Millwall Lionesses L.F.C. It has one main covered stand which has a bar at the top and offers good view of the action. On the far side there is a small covered terrace offering some protection from the elements. The rest of the ground is simply a concrete walkway.  Current capacity is 3,000. How to get to Champion Hill 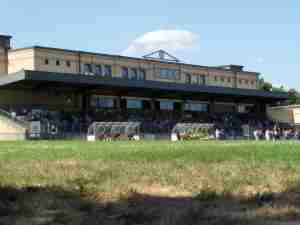 The ground is located in a surprisingly leafy area of London, just a few miles from the Westminster.  By public transport the nearest station is East Dulwich which is a two minute walk away – come out of station, turn right and then walk up hill to traffic lights where entrance to Sainsburys is.  Ground is to your left.  By car follow the A205, South Circular Road to junction with A216 at Dulwich (near Horniman museum).  Then follow A2216 (Lordship Lane) through East Dulwich and up Dog Kennel Hill, passed the train station and then take next left into Sainsburys car park.  Parking is free. How to get a ticket for Champion Hill Pay on the gate for all games here.  Last season it was £8 for Adults and £2 for Under 16’s. Our last visit – July 2010
Trivia question for the day. Q: Name a football team named after a person? I am sure in years to come we will see Dave Whelan Athletic instead of Wigan judging by the subtle changes he is making in Lancashire, and who would begrudge Roman slipping in an Abramovich into Chelsea as a thank you to the hundreds of millions he has “invested” there.  But I could not think of one team named after a person. 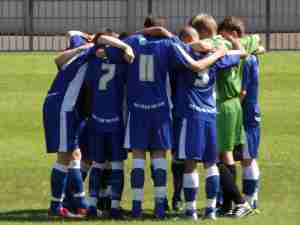 That was until I was researching games for this Saturday.  I have been using the Octopus prediction system for years.  I bought it back from Korea in 2002 and I don’t understand what all the fuss is about.  It’s just one of those paper things you used to make when you was at school but with legs – you remember – pick a number, then a colour and it would always say something like “you smell” or ” you fancy Debbie” even if you actually were Debbie.  The TBIR prediction model helps us chose which games to go to.  Today the criteria was a)within 10 miles (have to be back by 5.30pm), b) somewhere new and c) near a supermarket as I have to get some bits in for tea……And the answer today was ……Fisher FC v Millwall XI. So who, may you ask is Fisher Athletic?  Well, if you come with me back in the football history time machine I will tell you.  Once upon a time there was a Catholic Bishop called John Fisher.  He was a good chap and liked nothing more than a kick about with the other priests.  Henry VIII however wanted to call him up to play for his Tudor XI but John refused and was beheaded.  However, his spirit lived on and his team went on to win the forerunner of the FA Cup…probably. Fast forward a century or two and a club were formed and named after Saint John as he was posthumously known in London’s Surrey Quays area, where John used to go shopping.  Fisher played at junior levels, working their way up the leagues until in 1982 they made it into the Southern League, and also moved into their new stadium in Surrey Docks, almost on the doorstep of Millwall. Their moment in the spotlight came between 1987 and 1991 when they played in the Conference, and reached the FA Cup 1st round twice.  Since then they have been on a slippery slope downwards until 2005 when they bounced back into Conference South and then proceeded to finish 4th and thus earn a play off spot.  Unfortunately defeat followed to Alan Devonshire’s Hampton & Richmond and it has been a tough time since.  The club were doomed to relegation from Christmas onwards, and a winding up order was heard at the high court in March 2009.  The club decided that they could not carry on and at the end of the 2008/09 season they withdrew from the league.  It was during this period that the club attracted the media’s attention with a publicity stunt of putting their turnstile operator Donna Powell in charge for a game, thus making her the second ever female manager of a men’s football team (after Cherie Lunghi in the Manageress of course). But there was a phoenix rising from the flames in the form of a community based club.  Fisher FC last season took their place in the Kent League where they finished 13th.  The club had moved out of their Surrey Docks ground some years ago and whilst there has been talk of a new stadium being built for now share with Dulwich Hamlet at Dog Kennel Hill.  The club are now democratically run as an Industrial Provident Society, the same model that can be found at AFC Wimbledon, and as of yesterday, Lewes. I was returning to another one of my former glories.  In 1985 as a nippy 15 year old winger, I played in a Fleetdown United team that scored 17 against a team called Vista to set a league scoring record.  The contribution from a certain S Fuller would have had fantasy football followers frothing at the mouth.  Scored 5, assisted 5.  Not a bad haul.  At the time, Champion Hill was a decaying 20,000 capacity stadium, which had the honour of hosting a game in the 1948 Summer Olympics (Korea 5 Mexico 3 for the record).  Today the stadium is a bit more modest at 3,000 capacity as Sainsbury’s car park takes up the other 17,000 spots. Millwall were the visitors for this pre-season friendly, or should I say Millwall XI as unless they have invented some type of Hermaine Grainger potion they could not be playing at Crawley and Dulwich at the same time.  The game had been billed by Fisher’s website as the Battle of Southwark.  Would we see fists flying or would it be hugs all round? Fisher FC 2 Millwall 0 – Champion Hill – Saturday 10th July 2010 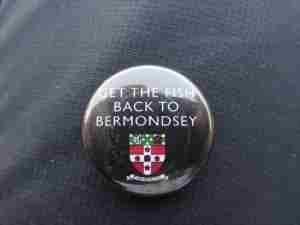 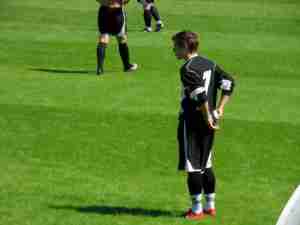 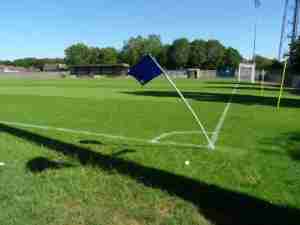 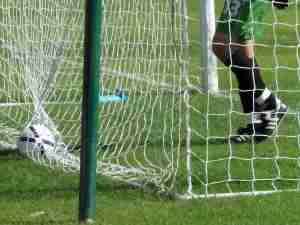 Aguero in talks with Real Madrid

Manchester City striker Sergio Aguero is in talks with Real Madrid for a potential move either this winter or in the summer, according to Dario Gol' Marc Guell. The Spanish publicat...