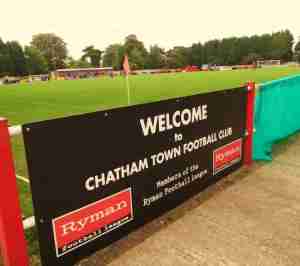 Maidstone Road has a mix of traditional and the unusual.  One large stand runs along one side of the pitch with some basic benches, whilst opposite is a small seated stand proudly displaying the club’s name. It is behind the west goal that the unusual white structure takes your interest.  One end is the club bar with a huge vaulted roof.  Next to this is cafe bar, with a servery outside.  Then there are doors straight onto the terrace for the changing rooms.  The teams emerge from these behind a mesh fence before entering the pitch from behind the goal. How to get to Maidstone Road Exit the M2 at junction 3, and follow directions for Chatham & Town Centre. You will then pass a Homebase & Toys ‘R’ Us on the left hand side. Continue straight over the roundabout and then there is a split in the road, where you bear right for Chatham this is Maidstone Road. Follow this, continuing straight over the cross roads and you will see a petrol station on the left. Bournville Road is opposite the petrol station on the left. Ground entrance is first left.  Parking is free at the ground and the surrounding roads. 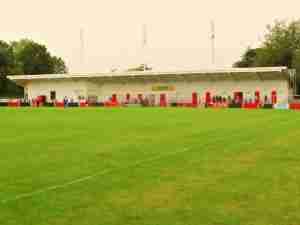 If you are coming from M25/M26/M20 then exit at junction 6 and head north towards Chatham and then as north once you pass over the M2. If you are coming by train to Chatham Station, turn right on leaving the station and right again you are now on Maidstone road continue up Maidstone Road till you pass a cemetery on the left ground is next left. It is about a 15 minute walk. Admission to Maidstone Road Admission for this season is £8 for Adults, £4 for OAPs and £2 for under 16s. Our Last Visit – August 2011 In my misspent youth I was a frequent visitor to the Medway towns.  Being just a few stops down the line on the train meant there was ample opportunity to hop on and off the train to avoid the conductor in the “toast rack” trains that used to be common in the 1980’s.  For some it was easier to everything in Chatham and Gillingham.  Easier to buy beer from the off licence, easier to buy 10-packs of Marlboro’s and easier to get lovebites off the girls.  Perhaps coming from Longfield was deemed “exotic” to the local girls but whatever it was, a swig of Diamond White and a quick drag on a cigarette and they were putty in our hands. 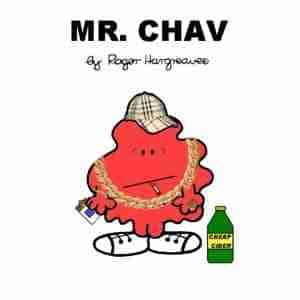 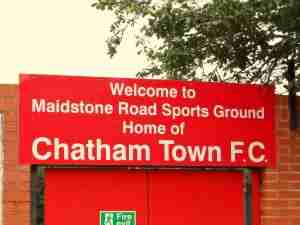 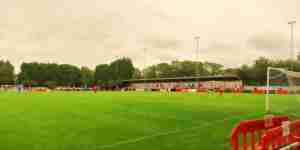 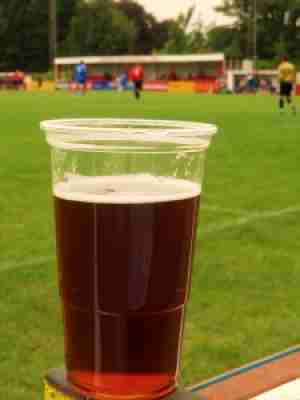 About the Beveree The Beveree, which is often shortened to ‘the Bev’, has been the home of Hampton FC since 1959. It is situated in Beaver Close, off Station Road in the heart...