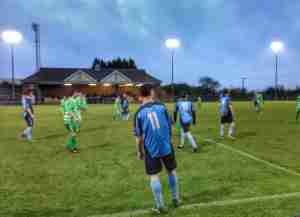 Leslie Field is a relatively basic ground with one small stand sitting within the main club house structure with three rows of plastic seats.  On the opposite side of the ground is a covered two step terrace.  There is no cover at either end of the ground.  The bar and food servery is upstairs in the clubhouse and is very welcoming indeed. How to get to Leslie Fields Most will approach Burnham from the A12.  Proceed along the A12 until you reach the turn off for Maldon.  Carry on through Danbury and then follow the signs for Burnham on Crouch (B1010).  Just before you get to Burnham on Crouch there is a garage on the left-hand side.  Springfield Road is about quarter of a mile past the garage on the right.  Turn right into Springfield Road, then take the second turning on the right and then first right and drive through the gates of the ground. From the A127, take the A130 turn off sign-posted to Chelmsford.  At Rettendon Turnpike (a large roundabout), take the A132 to South Woodham Ferrers.  Burnham on Crouch is sign-posted from there (B1012 and then B1010). Continue as above. Parking is free at the ground. If you are coming by train then it is a 10 minutes walk from Burnham -On-Crouch station.  Come out of station and turn left onto Station Road.  When you reach the main Maldon Road take a left and follow for 400 metres, then do a left into Springfield Road.  The ground is 200 metres down this road on the right. Admission to Leslie Fields Admission is £8 for Adults, £4 for Concessions and £1 for Under 16’s.  Programmes can be bought on the gate for £1.50. Our last visit – December 2013 When do we ever learn? On the weekend before Christmas last season virtually every game south of the Watford Gap was postponed due to torrential rain.  Throughout the Non-Leagues  the cries rang out for more 3G pitches to prevent such occurences happening again.  Twelve months later and once again I faced a blank weekend.  Despite the heroic efforts of Joe and Jack at the Dripping Pan, we had to admit defeat against the forces of nature, and for the second time in four days, we had a postponement on our hands.  The Saturday before Christmas, when clubs would be hoping for a bumper attendance of disillusioned men, Christmas shopping refugees who would spend their hard-earned cash with us rather than the retail Gods. 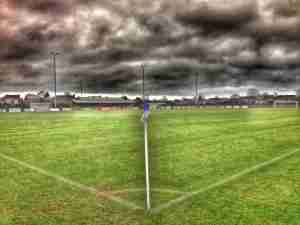 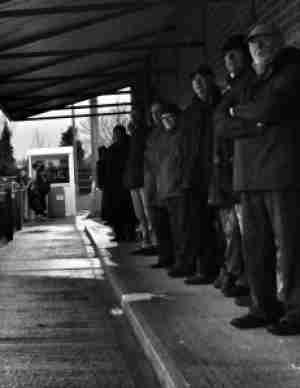 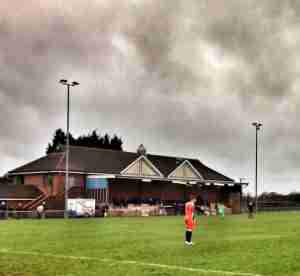 The Blueprint for Non League Football – Just who runs the leagues anyway?

Today’s lesson in how to keep our grass roots game alive comes from one of Non Leagues most respected coaches, Hugo Langton. So another non league football season has drawn to a close....