The Blueprint for Non League Football – Children are our future

Share
Tweet
Share
Pins
Share
Like
The man, the myth, the non league legend that is Putajumperon gives us his views on what Non League clubs could do to engage with their local students. There is a school within spitting distance of every single football club in the entire country. 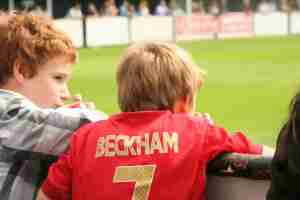 Naturally one wouldn’t make such bold claims without conducting one’s own research into the matter however; logic dictates I must be correct. If football clubs were formed in, and by, communities then surely those communities will traditionally each contain; homes, shops, pubs, a church (with or without a spire) and a place of learning (with playing fields or without thanks to Mr Balls). Foregoing trivialities such as cartography, pedometers, satellite navigation, surveyor’s wheels and even tape measures, I’ve just logged on to Google Maps, randomly typed in a few less well supported teams, searched nearby for “school” and a rash of spots appears every single time. Primary, secondary, state, special, academy, public, private, or even the oddly named free, you name it; they’ve got the lot. To make another bold claim, I would guess that over half the thousands of students therein have never seen any live sport. Many couldn’t even name their local side. Given that – as George Benson once crooned – children are our future, why on earth are clubs not working in partnership with these places of learning as a default setting? Naturally our sporting landscape is over-saturated by the media drooling over big clubs – who whine about their lot, whist sapping “consumers” of any imagination or independence – however every club, especially those with a lower profile should be chancing their arm in this. Running youth teams is an imperative for every club however, these generally involve inviting the Mohammeds to Club Mountain to try out and not, going in search of the Mohammeds and Billys and Chloes and Sues. Going into schools, and offering coaching, is the perfect opportunity to spread the word, increase brand awareness and thus get more bums on seats. Maybe Chelsea are too global nowadays but, being a parent, with many friends in schools – in London’s predominantly blue corner – it would appear Fulham make the most effort to get into schools and thus have the lions share; regularly sending coaches in to assist in PE and after school lessons. They do the reap rewards of this; students do remember. Whilst there are some other great examples of education and football working in tandem, there clearly isn’t enough. Barca has La Masia, Watford and Harefield Academy achieve great things on a smaller budget, and even lower down Alan Dowson ensures Kingstonian remain in focus for at least one local primary school. But the Non Leagues – with less media attention – need to up the ante and cement their importance in the local community. Every one of them has a unique specialness that could be sold to increase the fan base. If club lower down the pyramid were to provide coaching in five nearby schools each week, I’d wager five extra fans will be found annually. Then, how about if we were to take it a little further… Students will not necessarily go to games on their own – especially with the skyzombiebox in the corners of their living rooms – and teachers rarely want to run trips that will take much effort so, what if clubs offered schools 15 tickets for the price of two. The teachers pay; the school team goes free. Even if the cost were split for most Non League clubs this would work out about £1 each for a live experience. The food and drink these adolescents consume would more than make the money back. Could it not also be promoted as a coaching tool, in watching REAL football first hand? And how about if they invite school teams to compete, pre-match against the club’s youth teams? Or getting Food Tech students in – as part of their exam coursework – to help with the catering? There’s the possibility of teaching students of ground maintenance? Business students learning of club finance? Travel & Tourism students arranging logistics of the club’s away games? Art students designing matchday adverts…? Really the list is endless. Clubs just need to realise that if they invest directly in the education of their community, it will come back to support them better than any leaflet drop can and, in doing so maybe we’ll see less “big four” shirts polluting our playgrounds. In all forms of education, personal contact always makes the difference.
Share
Tweet
Share
Pins
Share
Like

Suarez: I hated being Liverpool captain

Former Liverpool goal-scoring machine Luis Suarez has admitted that his time as Liverpool captain was not among his favourite ones. Suarez captained Liverpool for the first time against ...