Running out of MetroGas at the final hurdle

“When the going gets tough, the tough get going” sang Billy Ocean back in 1986 (trivia fact for you – the BBC banned the video as stars Michael Douglas and Danny DeVito were not members of the right union) he was obviously talking about the pain and hardship us football fans have to go through to adjust to the end of the season.  That crushing realisation that saying “But we are away at Leiston” or “That could possibly be a Parafix Sussex County Cup game” no longer gives us an alibi to doing the gardening, or dare I say it, visiting a Craft Fair.  Someone, somewhere must be playing a game on a Saturday afternoon.  It is just finding the right reason to go. 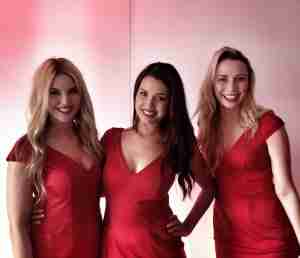 I genuinely though my season was over last weekend.  What a way to go out, spending the day with the Budweiser girls at the FA Cup Final.  But no, it appeared not.  I had a pass for this Saturday too.  London Broncos v Wigan Warriors did tickle my fancy, but my rule is “No Rugby League if there is any chance of football”.  So I found myself on websites I have never heard of, let alone visited, which were viewable in the front room rather than my office, and didn’t require anonymous browser capabilities.  Bingo.  The Haarts Kent County  Premier League.  Final two games of the season, and would you believe it, one right on my doorstep. Metrogas FC play no more than a Delap throw-in from TBIR Towers – perfect.  Except when I investigated further it seemed that the pitch had been booked for a cricket match and a wedding so they were forced to look elsewhere.  The nearest pitch that hadn’t already been ploughed or have a big fat Gypsy wedding on it was at Colney Hall FC, some 9 miles away.  Still doable, especially as the background to the game gave it even more flavour. 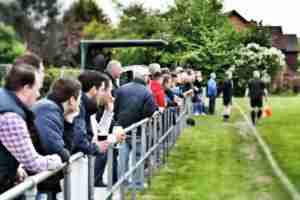 Yes this was step 6 of the Non League Pyramid (step 11 in total) and some 3 steps below the level I am used to at Lewes but it promised to be an historic afternoon.  Metrogas needed just a point from the game against visitors Fleet Leisure to secure the title and move up into the Kent Invicta Football League where they could look forward to derbies against Henry VIII’s Eltham Palace and Seven Acre & Sidcup.  Rivalries run deep in SE9 I can tell you, as anyone who has been in the Beehive on a Friday night will testify.  However, promotion and relegation aren’t as straight forward at this level and even if you don’t finish in top spot (or even in top four for that matter) you can apply to step up and may well be accepted. 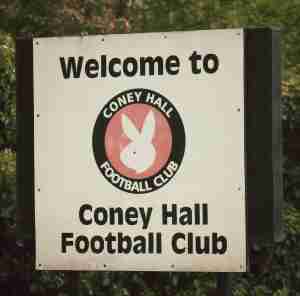 I genuinely didn’t know what to expect in terms of facilities or attendance, but on both fronts I was very pleasantly surprised.  Add in the presence of 5 (FIVE) Non League Dogs and you had a very impressive backdrop to the game.  Even more impressive on arriving at Colney Hall was the fact it appeared to also double up as the Playboy Mansion of South East London (Have I mentioned I’ve been to the real Playboy Mansion before), based on the secret symbol within their club badge.  The thought of slipping into the grotto was never in my mind.  Instead I slipped into the very well appointed bar, scored a pint of Carlsberg and took my place on the half-way line ready for the final act in the Non League season to be played out. Metrogas FC 1 Fleet Leisure 2 – Colney Hall – Saturday 18th May 2013 As the final whistle blew a few of the Metorgas players stood motionless, completely unbelieving of the fact they had failed to score in the final 45 minutes of the season.  They tried, they can never be accused of not giving it 100% but through a combination of desperate defending, bad luck and some wayward balls delivered into the box, but in the end they fell achingly short.  Hopefully they can take consolation of promotion via the backdoor but this defeat will still hurt.  Especially as they literally handed Fleet Leisure all three points with two defensive lapses leading to the two goals. You can read a match report, but a picture can tell a thousand words so here is a short story on the game and our last Non League action of the season.  Roll on July and the start of our Pre-Season training.

Luke Shaw praises Sanchez after two days of training together

Manchester United defender Luke Shaw has shared his first impressions on new signing Alexis Sanchez. The full-back believes that the Chilean is just what the team needs to edge ...