Share
Tweet
Share
Pins
Share
Like
I don’t need no arms around me. And I don’t need no drugs to calm me. I have seen the writing on the wall. Don’t think I need anything at all. No! Don’t think I’ll need anything at all. All in all it was all just bricks in the wall. All in all you were all just bricks in the wall. Ah the magic of Pink Floyd on a cold Thursday night in East Sussex, an almost as famous quote as the classic line utter by Robert Duvall in Apocalypse Now of loving the smell of Napalm in the morning. “It smells like victory, son” he said as we entered the Pan after a difficult week and took a long, hard, deep breath it was Harvey’s we could smell, the smell of winners, surely. So why the reference to Pink Floyd?  Well, some of you may know that 45 Years ago Lewes FC helped put on a concert at Lewes Town Hall featuring Pink Floyd.  The club was due to mark the anniversary with a Pink Floyd themed game back in January against Margate.  Giant inflatable pigs were strung from the floodlights, tigers were loaned from a zoo to be set free on the hour mark, a spotlight had been set up to shine on midfield diamond Jack Walder….and then the rain/snow/ice/fog came down and the game was called off. None was more disappointed than Luge Pravda, on a rare trip over from New York who had coughed up (well, I had on his behalf) to lead the teams out in full kit as the official matchday mascot (he thought it was just matchball sponsorship). 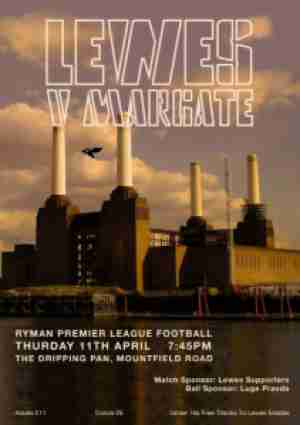 With the design genius of The Darker Side of the Moon consigned to the history bin, the re-arranged fixture obviously had to feature Floyd.  What could better DSOM?  Of course, The Wall.  And unbelievably Mr Pravda was here again, ready to put his PE shorts on.  What were the odds on that I hear you wonder.  What odds indeed, judging by the fact I arrange the commercial meetings across the business and what odds that the bloody snow would make an unwelcome return to scuttle that plan too.  So third time lucky.  As a precaution I had managed to send Luge Pravda out to the Californian desert, meaning the game would definitely be on. Our visitors had led the Ryman Premier for a time early in season, then fell away, primarily due to postponements, although in recent weeks they had returned to the play off spots.  Unfortunately, the Rooks’s form was definitely that of a relegation side, picking up just one point from the last six games, and that was in the crazy game at Hendon on Saturday where in the first forty-five minutes Lewes found themselves two-nil down, playing against 9 men and awarded two penalties.  Margate hadn’t done us any favours by shipping four against bottom of the table Carshalton, a game which saw Keeper/Manager Craig Holloway sent off.  Lewes hadn’t lost on a Thursday night this season (well, they hadn’t actually played a game) so the omens were good for a vital three points.  If only football was that simple! Lewes 2 Margate 0 – The Dripping Pan – Thursday 11th April 2013 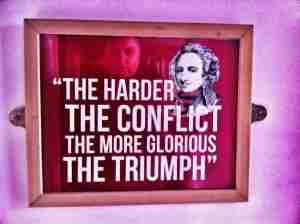 Tom Paine summed it perfectly when he uttered “The harder the conflict, the more glorious the triumph”.  Tom wasn’t talking about X-Factor or Britain’s Got Talent, but about hard-fought victories on cold nights, when the ground under foot was wet and muddy and mist swirled all around.  The players left the dressing room at 7:43pm last night as mere men and returned two hours later as conquering heroes, warriors who had taken on the 300 and won  Over the top hyperbole?  Absolutely, but last night was one of those nights where even the most Premier League-tainted football fan would’ve rediscovered their love for the beautiful game. It wasn’t pretty, but it was effective.  It wasn’t full of silky, to feet passing, but it was full of passion, guts and above all pride.  All too often the announcement of four minutes worth of injury time is the signal for Lewes to switch off.  I would wager there are no teams at this level of non league who have conceded more goals in the final four minutes in the past two seasons.  Last night when Pav raised the scoreboard and announced to East Sussex there would be four minutes to play, the fans huddled on the Philcox shuddered with fear.  The one goal advantage was virtually wiped out of our minds.  To us battle hardened fans it was only a matter of time before Margate scored. But we all under estimated the Rooks.  Every player to a man only had one thought.  Win.  I had my Fergie stopwatch app running.  3 minutes 24 seconds were on the clock.  The ball was played square to Steve Brinkhurst twenty-five yards out.  He looked up, drew back his foot and hit the ball as hard as he could, knowing that if it flew wide time would surely be up.  It struck a Margate player, changed direction and the ball span over Holloway in the Margate goal and into the top corner.  Un-bloody-believable.  Beer rained down as fans threw their pints of Harvey’s in the air, strangers hugged, children were probably conceived.  Game over.  The four-minute hoodoo had been broken. As I said earlier, hyperbole?  Absolutely.  But unless you have felt the despair of seeing your slide slowly sliding down the table, despite still playing well, and all of your relegation rivals winning games where bookies wouldn’t give them odds then you will know that feeling.  For me, having the word “relegated” on my footballing cv was a dark thought that kept creeping in front of my eyes – primarily because my work colleague kept writing it on a post-it note and leaving it on my desk! 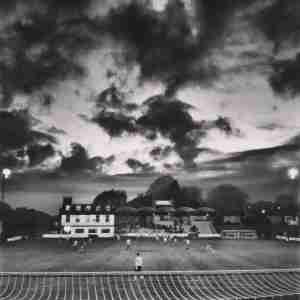 Let’s not get carried away though.  The win took Lewes one place up the table, and still just a point above the drop zone BUT it gives us hope, and by us I mean everyone involved with the club.  After the game I sat down with manager Simon Wormull.  He was the epitome of calm, sitting in the office working out who was fit enough for Saturday.  Ah yes, Saturday…90 minutes of pleasure and pain please, with an additional helping of drama and nervous checking ofNonleaguelive.com. Who wants mid-table mediocrity anyway?  As Pink Floyd once famously sang, can you tell Heaven from Hell…well in games like this it is goals like Steve Brinkhurst’s that mean we are heading up rather than down.
Share
Tweet
Share
Pins
Share
Like