Beach Boys enjoy a day out in Sussex by the Sea 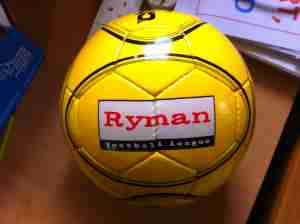 What relevance is current form in Non League football?  Saturday’s visitors to Lewes, Concord Rangers, came into the game in 2nd place in the Ryman Premier League with five wins on the bounce, scoring fifteen goals in the process, conceding just one goal, but that illusive 100% record taken from the previous six games (why is current form always taken over past 6 games?) had been broken when Lewes visited Canvey Island back in December and came away with a remarkable 6-3 win.  Results since just show how unpredictable this league as the Rooks had only won once (although that was on Tuesday) but have spent the last five weeks on the road.  Home is where the heart, and in theory three points is, and with a very impressive record at The Dripping Pan against teams at the top, confidence was high for three points. Today was an early start for me.  Putting my directors hat on as I left the house it was annual appraisal time for Simon Wormull, the Lewes manager.  We try to do things differently from other clubs at the Dripping Pan.  In any company, annual appraisals, or PDR (Personal Development Reviews) should form part of good governance so why should football clubs be any different.  The process gives Worms the opportunity to say what’s going well (big tick for the flapjacks), what could be better (need to sort out the toilets) and what his plans are for the pre-season schedule (front row tickets for Mumford & Sons already sorted) as well as giving us the opportunity to give him feedback (don’t play yourself at left-back) on the job he was doing.   As Brian Clough once famously said, “We discussed the situation for 30 minutes and then decided I was right”. 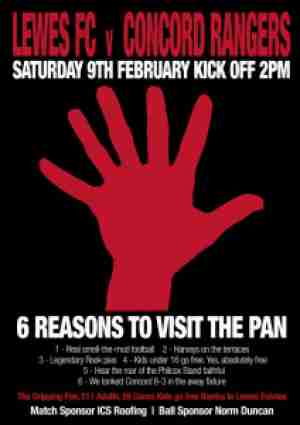 Today was a 2pm kick off to accommodate a few more fans who will be heading to the Amex for Brighton’s 5.20pm televised kick off.  Some may question whether it is worth it, bring the kick off forward by an hour.  In truth, even if it puts an extra 20 on the gate, then yes it is.  The past 5 weeks have been quite interesting in terms of attendances.  Boxing Day saw the biggest Ryman Premier League attendance of the season with 883 in the Pan for the game versus Bognor.  Just three days later, with the rain lashing down that attendance dropped to just 493.  A few days later 771 saw the game at Hastings United, the fourth biggest attendance in the league this season.  And then there was 493 at Whitehawk last season, their biggest ever league crowd.  Love us or hate us Lewes still bring in the locals. So today?  If I was allowed to bet on football I would go for a 480+ crowd today and after seventeen goals in the three previous games between the two sides, a nil nil draw obviously.  Injuries and suspensions had decimated plans for our global domination this season but the good news was that 50% of the Lewes squad for the game were products of the youth team, currently riding high in the Ryman Youth League.  Now that is something to be proud of. Everything was going like clockwork in the run up to kick off.  And then in the warm up one of the linesmen went down injured.  Non League games do not have fourth (or fifth) officials and so a mad panic started in trying to find a qualified candidate.  Kick off came and went without any solution.  Finally a candidate was found in the local supermarket doing his weekly shop, went through the 8 items or less with his trolley (sorry Daily Mail readers) and headed down to the Dripping Pan.  All systems go.  What could possibly go wrong now? Lewes 0 Concord Rangers 3 – The Dripping Pan – Saturday 9th February 2013 Sometimes you just know when an injury is serious.  The initial stillness of the stricken player, the reaction of the other players and then the concern over everyone’s face.  After 32 minutes with the game poised at nil nil, Lewes centre back Callum Donaghey went up for a header and then fell awkwardly.  No one else was close to him but he immediately signalled to the bench for help, holding his knee.  Within a few seconds an ambulance had been called and the rest of the players had discreetly made their way to the sideline.  Callum, who has been outstanding since joining the club late last year essentially as cover for the long-term injury Steve Robinson, left the pitch in distress on a stretcher. Such is the age we live in that once he was made comfortable with gas and air, administered by a Paramedic, Callum asked for his phone and showed his spirit with a series of tweets:- “Laying on a stretcher absolutely f….3 points would cheer me up.  Come on Lewes” His next tweet of “Cone b Leered” perhaps displays the effects of the pain killers more than the previous one.  He then sent a final tweet from the ambulance, complete with a picture that simply said “[email protected] this, I should be on the pitch playing.” Nobody wants to see a player injured, especially at this level when football isn’t the way they earn their living.  If you have a spare moment, sent Callum a tweet () – he will really appreciate it. 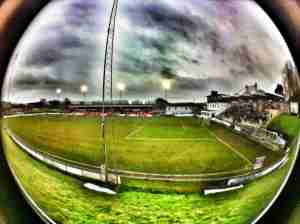 Prior to the incident it had been quite an even game.  As predicted the goal mouths appeared to be sacred, with neither keeper particularly busy.  However, after the injury Lewes actually stepped up their attacking intention and Layton Schaaf went desperately close with an excellent header. As the players departed at half time they couldn’t help but see Callum still being treated close to the edge of the pitch, which would have once again brought their footballing mortality to the forefront of their mind.  This made Simon Wormull’s half time speech all the harder and perhaps it was no surprise when just three minutes after the break Hallett opened the scoring for Concord.  Despite having scored eighty-nine goals between the two sides this season the game simply never kicked into first gear.  With Donaghey finally departing in an ambulance, Lewes started to boss the midfield.  A substitution brought Ryan Fergany onto the pitch meaning that by joining his brother James in midfield they became the first set of brothers to play in the Rooks team together since records began, and by records began we mean before Club Sec Kev started using his KevPad to record stats. Unfortunately the Rooks couldn’t convert any possession into chances with Concord looked dangerous on the counter attack and added a second in the 83rd minute when Gordon scored.  Game over as far as Lewes were concerned and whilst a third Concord goal, scored in injury time by Spendlove capped a fine away performance, it is hard to know what effect the injury to Callum had. Concord Rangers are certainly a club to admire at this level, located in an area where they have to compete with dozens of other Non League clubs, managing on crowds of just a few hundred, yet still managing to keep an upward momentum (and being a jolly nice club too).  We wish them well for the rest of the season. So what next for Lewes?  The Rooks fell two places in the league, too close to the wrong end of the table, with another addition to the injury pile.  With no first choice centre-back available for the next five games, perhaps it’s time to dust off the Puma Kings once again. For God, Wormy and Saint George!
Share
Tweet
Share
Pins
Share
Like

Arsenal would rather get Julian Draxler in a swap deal for Alexis Sanchez than lose their star man without finding an adequate replacement in January, the Daily Star reports. The G...