Share
Tweet
Share
Pins
Share
Like
Every season sees the relegation battle grabbing the attention of both football fans and sports betting enthusiasts. Of course these are frequently the same people, but in the case of the relegation battle, it is unlikely that many fans of the clubs involved are enjoying betting on the outcome. Playing one of the football games – for example the Soccer Safari slot – at online casinos probably represents a less traumatic way of combining a love of football and betting for the long-suffering supporters of these teams. It could even be used as a distraction from the game itself if you’re in too much despair to keep watching when a few goals down, with the ability to play from wherever you may be. This doesn’t only count for slots games but any casino game you may have seen in a land-based casino – the roulette wheels, the poker tables and other games like Blackjack are all available at these sites. Hopefully, other than providing a bit of light relief from the pain of your team’s performance, if you practice enough at the free tables you will also come away with a nice amount with which to ease your sorrows. 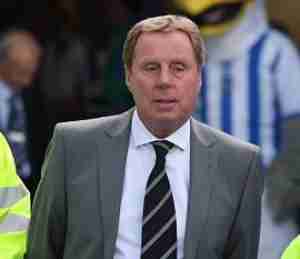 The managers of these clubs would probably enjoy it too if they knew about it – indeed Harry Redknapp would probably be trying to sign the rhinos and leopard players during the January transfer window – but it is unlikely they have the time to spare. All of the clubs will be trying desperately to sign the players who can turn their season around over the coming month, but QPR’s need is particularly great. The London club took nearly half the season to win a game, and currently have odds of 4/9 to go down at sports betting sites, although wagering on a team just outside of the drop zone may be a smarter move. An example would be Aston Villa, currently two places away from the bottom three, and having endured a truly miserable run of results during December. Manager Paul Lambert has one of the youngest teams in the Premier League, and the confidence of these young players is currently at rock bottom – with club having odds of 13/8 at most sites. There are other clubs – for example Newcastle – that fit into this category, but they represent riskier outside bets, because they have more quality and experience. Then there are those sides who were promoted at the end of last season, and are finding the step up hard, such as Southampton and Reading. Southampton have odds of 11/10, despite having tightened up their leaky defence, while Reading have odds of 4/9. Written by Discover Media.
Share
Tweet
Share
Pins
Share
Like