The real home of football

Share
Tweet
Share
Pins
Share
Like
Real Madrid and which other football club have been awarded the FIFA Order of Merit? The highest honour that could be bestowed by the Gods of Football. Barcelona? Manchester United? Carls Zeiss Jena? The great Ajax team from the 1970’s? Wrong on all counts. The honour, bestowed back in 2004, went to a club who play in the eighth step of English football, who see less than 250 people come through the turnstiles every two weeks. This is the ultimate football trivia question, unless of course you have read the excellent 50 Teams that Mattered by David Hartrick and know the answer is Sheffield FC, the world’s oldest football club. 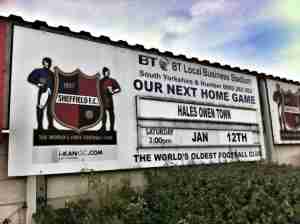 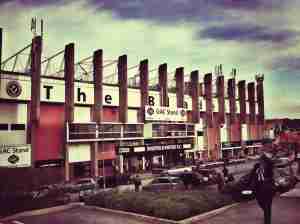 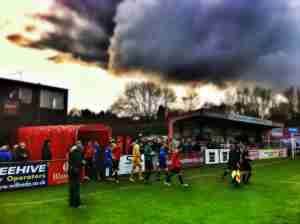 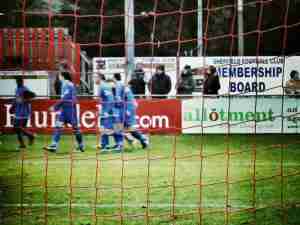 Despite ending the half the stronger side with plenty of penalty area pinball somehow not resulting in a goal, they were two-nil down within sixty seconds of the restart. Another long ball, another misreading of the bounce of the ball and Haseley was in again to double their lead. It simply wasn’t happening for Sheffield and Haseley took full advantage of the home side’s pushing forward to make it three-nil, his Hartrick and number 30 for the season. Sheffield did try to play along the ground despite the inconsistency of the pitch, and with players in the side with surnames like Rooney, Gascoigne and Waddle they had something to live up to. Alas they couldn’t inspire some Italia90 or Euro04 magic and the final whistle saw the majority of the 253 fans go home frustrated. Our night was young. After a final pint of Jaipur IPA in the Coach and Horses we headed back to the bright lights of the city centre. We met the girls as we walked into the foyer of the hotel. Their experience of Sheffield was very different to ours. The Blades had lost 2-0 to Yeovil so they sought solace in a bottle of Pinot Grigio in Yates. We headed off to West One, a swish little complex of bars and restaurants before ending up in Reflex which is “The premier 80’s bar in Yorkshire”. The first songs we heard when we arrived? Grease Megamix (1978), We are Family (1979) and Queen’s Somebody to Love (1976). The patrons of the bar were mostly on the large side, wearing clothes that were obscenely too small and things were popping out all over the place. Not a pretty sight and one we didn’t want to be burnt on our retinas so we headed back for a nightcap or three at the hotel. A great day out and one that was long overdue. Every football fan should make this trip at least once, and after this visit it certainly wouldn’t be the last time I make the pilgrimage to the Home of Football.
Share
Tweet
Share
Pins
Share
Like