Share
Tweet
Share
Pins
Share
Like
I thought I’d start today’s blog with a little sneak behind the curtain in the running of a football club. Not a Premier League club, but a proper grass roots club.  Before I got involved at Lewes I had no idea of the workings of numerous aspects of the team such as how budgets are set, what goes into a player’s contracts and even the intricacies of a 7 day approach. But it seems quite apt to give some background into what goes on at a pitch inspection based on the recent weather we’ve had to endure. 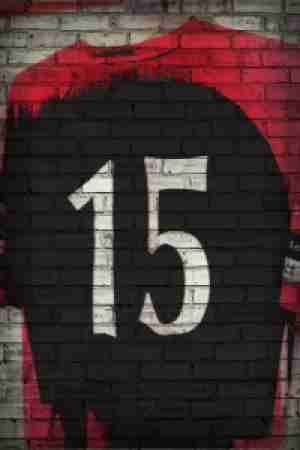 After the deluge during the Bognor Regis Town game on Wednesday, the pitch looked in poor shape come 5pm. There were puddles in both penalty areas and in the centre circle. Despite the valiant efforts of Roger and his team, there seemed more hope of watching Ian rather than Kieron Thorp performing in the goal mouth on Saturday. With the forecast for more rain during the rest of the week, decisions had to be made about the viability of Saturday’s game versus Thurrock. So here is my Dummies guide to the who, what and when of pitch inspections. The “who” cannot just be carried out by any old bloke. Everything in football these days is governed by rule books thicker than a Harry Potter book. Failure to comply with every subsection will lead to censure, a fine or worse. So when a game is in doubt a club has to contact a referee and arrange a suitable time for the inspection. It cannot be carried out by a club official – it has to be a qualified referee who is currently officiating at the same level as the club involved – i.e someone who could indeed be the match referee. Due to the distances involved in travel, it is rare that the inspection is carried out by the actual appointed officials – most clubs have local contacts who will oblige if asked. The “what” is straight forward and clearly outlined in the FA rule book. The pitch has to be deemed safe and able to withstand a football match as a going concern. The referee will see how the ball rolls in certain areas of the pitch, whether any parts are dangerous (in frosty conditions) and if visibility is good (foggy conditions). He will also take into consideration the current weather conditions and the forecast. The “when” is also a tricky one. Too early and you risk the possibility that conditions may improve and the pitch will be playable, too late and the away team and fans will already have set off thus incurring wasted expense. Last week Lowestoft Town had to cancel their game versus Margate around 2pm with the Kent sue already having traveled for 4 hours to get to furthest Suffolk. Clubs have to take the weather forecast and travel conditions into account. 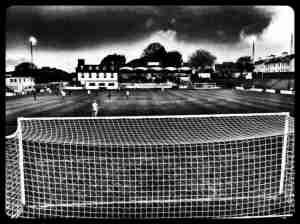 Straight after the Boxing Day game against Bognor Regis Town, we decided to hold a pitch inspection on Saturday at 9am. Why then? Well, the forecast for Thursday was poor but due to clear all day Friday. That meant the pitch would probably dry with the mild temperatures and winds from the Channel. Thurrock would have to travel across the QE2 Bridge and around the M25’s current problematic sections from junction 2 to 6. As our game was kicking off at 2pm, they would need to be at The Dripping Pan by 12pm, thus allowing themselves two hours travel time. A 9am inspection meant that they would have plenty of time to know the outcome before they had to travel. If we felt the pitch condition on Friday was still poor, and a deteriorating forecast, we could ask the league’s permission to hold one 24 hours prior to the game. But all our forethought and planning proved to be unnecessary. The rain mainly bypassed the Dripping Pan on Thursday and Friday, and the stiff breeze from the sea soon dried out the wet patches so Lewes became one of the few games in the Ryman Premier League to beat the weather without the need of an inspection. Whilst some players may have wanted an extended break over Christmas, Lewes were keen to keep their recent excellent form going. Two consecutive wins over teams higher in the table had once again ignited the Play Off passions and hopes were obviously high for three more points against a Thurrock team who were at the wrong end of the table for their liking. After years of relegation battles and reprieves in the Blue Square Bet South they had hoped for better luck by dropping down a division, but like many before them such as Bognor Regis Town, found that this division is just as unforgiving. I headed down to Lewes early for this one. Not for fear of having to beat the expected hundreds flooding through the gates, but because I was on the train and we all know how screwed up our rail networks are at the moment. Unfortunately, whilst other Lewes fans had been celebrating long into Boxing Day night, I was standing outside the TBIR Taxi in the freezing, pouring rain awaiting recovery from Green Flag. Something to do with the Cam Chain and best part of £2k to fix. Happy Christmas. Lewes 1 Thurrock 2 – The Dripping Pan – Saturday 29th December 2012 On word that described this game perfectly was “flat”. Whether you want to talk about the performance, the atmosphere (bar the 6 Thurrock fans who never gave up making a noise) or the Harvey’s Best. Flat. Perhaps the emotions of Wednesday took too much out of the players and the fans? Perhaps it was just an off day. Flat. 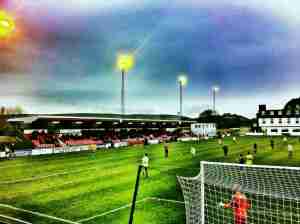 Simon Wormull was able to shuffle around the team after bringing in new signing Callum Donaghey which meant that Brinkhurst (disappointingly not wearing the Warrior Skreamer’s that we had donated to him) was pushed up into midfield and Schaaf and Wormull himself dropped to the bench. The pitch looked in great condition, but the rain soon started falling again, meaning conditions were once again problematic. Thurrock elected to swap ends, the first time we’ve experienced that this season and perhaps that unsettled the team. It certainly confused me as I headed up to my normal place on The Jungle for the first half before realising that everyone else was at the far end, under cover and dry. Talking of dry, the condition of the kit after Wednesday’s game had been so bad that despite 3 washes by Pav the shorts and socks were still, as any paint manufacturer would describe, “Oak white”, so the team ran out with last season’s home shirts in and our away shorts and socks. Unsettling…and flat. Lewes drew first blood. We score a lot of goals from set-pieces thanks in the main to Karl Beckford whose delivery was once again pinpoint accurate for new signing Donaghey to head home. Despite only having been with the club for 24 hours he’d had time to copy the Jack Walder goal celebration of throwing himself to the floor. 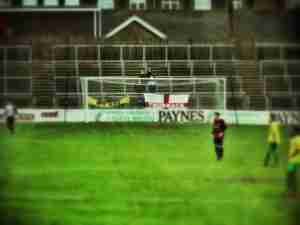 Neither team really created any further chances in the first half and it was bizarre to go into the board-a-kabin at half time and not have any other half time scores to discuss (as we had kicked off at 2pm). The second half was only a few minutes old when Danny Green fired home an equaliser for the visitors, who were capitalising on the tired home legs. Thurrock hadn’t played for 11 days and their freshness started to show as the game wore on. On 67 minutes they took the lead when Stuart Thurgood’s cross was diverted into his own net by Jon Dollery. Thurrock may be at the bottom end of the table but at full-time had taken 6 points of the Rooks this season. Our record against teams below us isn’t great, seeming to raise our game for the teams at the top. After the game you could feel the disappointment of the players. This was an off day and they would be fired up for the battles ahead I’m sure.
Share
Tweet
Share
Pins
Share
Like

Football Tactics Board: The 4-3-3 Formation explained

Welcome to another installment of the Football Tactics Board, part of the Football Coach series here. This time around we will examine one of football's golden children: the 4-3-3 formati...