When the Drip became a Torrent (Pan) 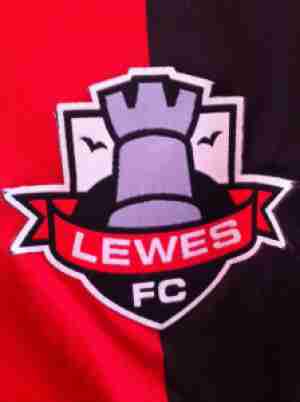 We like things continental style in the Fuller household, celebrating Christmas with a huge family feast on the 24th rather than the 25th December. Over a glass or two of port, my Dad started regaling us of a trip to watch Blackpool versus Portsmouth in the mid-1950’s on Christmas Day, taking the first train out of Euston and getting the last one back. It seems amazing to think that football could ever be played on the one sacred day of the year – the only day today where major shops don’t open (but for how much longer I wonder). Since 1965 Christmas football has been the preserve of Boxing Day. However, with recent poor weather and lack of public transport, how long before this tradition disappears from our fixture lists. Every December there is a call from various Premier League managers that they play too many games and that there should be a winter break. Today the BBC News reported that “Even Premier League players had to train on Christmas Day”. So , someone who is paid up to £500k a month (and the rest!) has to work on Christmas Day? How is that a story? Policemen, nurses, firemen and soldiers also had to work. Did they get a mention? No of course not. But let’s go back to the idea of a mid-season break again. Perhaps they should pursue the idea. After all, the football-starved public may just realise that Non League football is for life and not just Christmas. Titles aren’t won or lost at Christmas despite what the likes of Wenger or Ferguson may say. In act by introducing a two-week Christmas break will mean they will have at least three further midweek games – and where would they fit those in? In fact they should play MORE games at Christmas to try to alleviate any potential end of season fixture congestion. Nearly twenty years ago in the embryonic stage of the Premier League, teams actually played on the 26th AND 27th December. But back to the Non League scene. The Boxing Day game can sometimes make a season for a club if they get the right game. This is local derby day, the most anticipated on the fixture calendar. 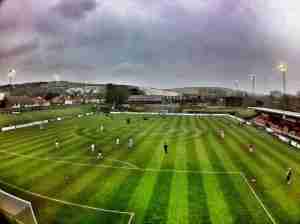 Of course for some teams there isn’t a local derby. Gateshead face a long haul across the A66 to literally the other side of the country to face Barrow, whilst in the Ryman Premier League for every Thurrock v East Thurrock United (actually not as close as you may think) or Concord Rangers v Canvey Island (El Grande Island Classico) there is a Leiston v Enfield Town (only 101 miles) or Margate hosting Cray Wanderers (70 miles). With little public transport on Boxing Day it can be a logistical nightmare. For Lewes we had four strokes of luck this season for our Boxing Day clash. Firstly, the Ryman fixture computer was very kind to us for once in giving us a home game. Our last scheduled Boxing Day home game was against Ebbsfleet United in 2010 which was postponed due to a frozen pitch. Instead if a potential 1,000 plus crowd on Boxing Day, there was less than 400 for the re-arranged midweek fixture on a chilly February night. Secondly, we were paired with Bognor Regis Town, the pride of West Sussex from 35 miles down the A27. We could have been drawn to play Whitehawk who are our nearest rivals, or Hastings United but The Rocks from Bognor are one of the best supported in the league and would bring a few fans irrespective of the lack of trains. Originally, Brighton & Hove Albion had also been drawn at home against Millwall which would have been a bit of an issue. But with no trains the police didn’t fancy a couple of thousands Lions fans walking down the A23 and so the game was re-arranged, giving us our third stroke of luck, meaning potentially hundreds of Seagulls fans could make the trip to the Pan. And finally, number four. The weather. Exactly 24 hours prior to kick off I surveyed the scene in the TBIR Arena. The ground wasn’t just waterlogged, it could be used for full-scale naval battle re-enactments. Yet here we were, Christmas jumpers all round ready for the best day ever with the pitch in immaculate condition. Whilst the Premier League players had turned up at the training ground for 30 minutes of hoofing the ball around Peter Kay style, Roger and co had worked tirelessly on the pitch to make sure it was fit for festive fun. After having a free weekend last week when the game at Wealdstone was cancelled, the players had an extra few days rest, although conveniently it gave the players an excuse to start their Christmas period. Few hours early (as if they needed an excuse). Their last game was the remarkable 6-3 win over Concord Rangers, the first time they’d scored six since Boxing Day 2009 when Dover Athletic had been put to the sword 6-2. We’d been working hard behind the scenes for weeks for this game. From the bumper double edition award-winning programme (well, it was in our book) to a specially recorded Christmas message from the players, nobody wanted to miss this one. Bognor had finally managed to escape from the Ryman League South last season and were making a good fist of this season. The form book had gone out of the window and no bookie in town wanted to call this one (or bother to open….) 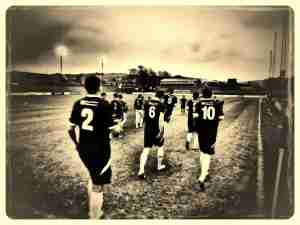 The rain held off….until 2.30pm and then it started sheeting it down. Twenty five minutes later, with the teams taking their place at the top of the steps ready to do battle, the referee decided to do his check on the player’s various piercings. Unfortunately youth team player, and excited first team debutant, Dom Ozga had screwed his latest piercing into his ear a bit too tightly and couldn’t remove it. The referee patiently waited as various attempts were made to remove the jewellery.  As I stood outside the dressing room a call went out for some bolt cutters.  I assume that was for the ear-ring and not the whole ear.  Alas, nothing could be done and Dom’s first team League debut ended before it had started as he was replaced in the starting XI by Joe Kay. Lewes 1 Bognor Regis Town 0 – Dripping Pan – Wednesday 26th December 2012 Sometimes there are wins, and then sometimes there are fist pumping, chest thumping, lion roaring wins.  And this game was one of them.  At the final whistle the Lewes team weren’t just celebrating a good win against an organised Bognor side, but a victory against the elements that had conspired to try to stop the best attendance in the Ryman Premier League this season from seeing 90 minutes of festive football. 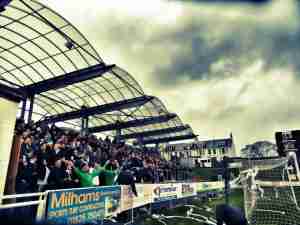 Despite all the efforts of the Lewes groundstaff, they couldn’t prepare themselves for the deluge that hit Lewes during the game.  The crowd though was lapping up the game in spite of the rain.  Bognor had brought a big following, who never failed to stop cheering and encouraging their team.  They had welcomed the sides onto the pitch with an old-fashioned volley of toilet rolls, and continued to follow it up with more as I tried to clear the goalmouth of wet, sodden paper. After the pre-kick off drama both teams soon settled into a rhythm, making the best of the poor conditions.  Defence splitting balls either held up on the pitch or skidded of the greasy top.  Even Worm’s normal pinpoint passes were not finding their men. The first thirty minutes saw both keepers called into action although without really being troubled.  And then the defining moment of the half came when Bognor were awarded a penalty.  Would the offence happened if the surface wasn’t so greasy?  Hard to say but that was certainly a factor.  However, Lewes keeper Thorp had kept his focus, guessed right and palmed the spot kick away. 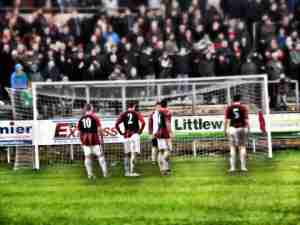 The second half saw the rain get even harder.  Lewes should have had a penalty on the hour mark when Brinkhurst was clearly taken out as he beat his man going for the by-line.  However, the referee and the linesman (standing just a few yards away) didn’t see it as an offence on the defender but rather on Brinkhurst who was amazingly booked for diving. The referee kept glancing skywards and rumours were travelling around the terrace that the game wouldn’t be completed.  But then came the defining moment.  Karl Beckford sent in a free-kick, in form Nathan Crabb stooped and connected with the ball and it skidded off the wet surface and into the net.  The delight was clear to see.  The relief was palpable and the dampness I felt on my feet was Deaksy’s beer. 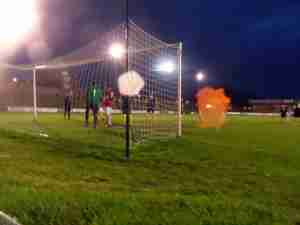 The hero of the game was Keiron Thorp though as he followed up on his first half penalty save with a fantastic double save in the final few minutes before the referee finally brought the game to an end.  A win, a brilliant win against our West Sussex neighbours and above all the elements.  Take that Mr Monsoon. As the fans cleared the pitch one of the fantastic Bognor fans decided to really enjoy the elements by stripping naked and sliding across the middle of the pitch.  I’m sure they will feel hard done by, leaving empty-handed but this was one game that the 12th man was the weather. The crowd – a season best 883, not only Lewes’s best but the best in the Ryman Premier League so far this season.  Who knows what it would have been if the trains were running and Mr Sunshine was smiling on us.
Share
Tweet
Share
Pins
Share
Like

Liverpool did it - they put an end to Pep Guardiola's spectacular undefeated run.  With the more of Philippe Coutinho gone, Jurgen Klopp's men looked as uni...