The Future of Non League Football – How far is too far?

Share
Tweet
Share
Pins
Share
Like
Hardened non-league supporters and groundhoppers alike regularly clock up several hundred, maybe even a couple of thousand miles a season to watch games.  Jenni Silver explains how had it is for some clubs, and what could be done to alleviate the problem in our final view on what could be done to improve the non league game. Despite regional groupings further down the pyramid there are always the anomaly teams, the ones which are out on a limb and a fair old coach journey away. For years this was Truro, the scourge of many Southern League sides who were forced to sit for five hours or more on a team bus all the way down the M5 and beyond. The White Tigers themselves had a refreshingly decadent attitude to the distance, at one point chartering a plane to take them to a Step 4 fixture against Cirencester Town. They now sit happily in the Conference South, still traveling vast distances but not making too much fuss about it. The proposed changes to Step 5 looked set to double some club’s traveling at a level where wages and budgets may not stretch to a full coach, before they were shelved. Meanwhile up in Step 2, the Conference North and South in old money, the problem is fast approaching crisis point. 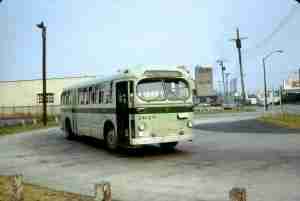 With the imaginary north/south divide wobbling and changing each year, moving ever closer to the M25, the debates on what is fair and how far a semi-professional team should travel are increasing each year. It starts off around April, when regulations and promotions are finalised, with the weighting of promoted sides from Step 2 tipping in a southerly manner the imaginary line drops down, and the 22nd most northerly of the southern teams ends up in a new league, full of flat caps, strong accents and mysterious destinations like Vauxhall Motors and Colwyn Bay. Last year Bishops Stortford found out they had been moved north at the AGM, following the inevitable expulsion of Rusden and Diamonds, the late change to the leagues brought with it a one-off payment of £12,000 towards their increased traveling costs – their mileage went up from around 3,000 miles to roughly double that. At the time there was uproar, not least from Workington and Blyth, both of whom faced larger mileage, but also from Gloucester City, a team who were promoted into the north in a season where Worcester City had an agreement to stay south. Conference chairman Brian Lee told the Non-League Paper at the time that Stortford were a special case. “It’s not a precedent for any other club,” he said. “Every case will be treated on its merits. Bishop’s Stortford have accepted the place in the North and out gesture to help them with the costs. They didn’t ask for anything.” Special case or not it undoubtably, gave one team a financial advantage over another – effectively meaning Stortford didn’t need to worry about paying for travel and could theoretically spend money budgeted for that elsewhere. 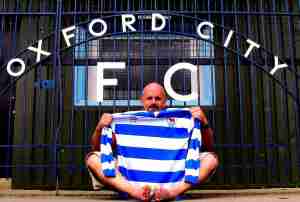 This year the southern most of the northern teams was believed to have secured an agreement to move back to the south, at the expense of newly promoted Oxford City, because Oxford’s traveling routes north were deemed to be more accessible. But the financial implosion at Darlington, and then Kettering, scuppered this deal restoring Stortford to the north. Unsurprisingly Oxford have tried to ‘do a Stortford’ and have made speculative noises that perhaps they would like £12K too as they thought they might be in the Conference South, despite the fact that promotion is to a level, not a league and no team is really guaranteed to be north or south, with the exceptions perhaps of Workington and Truro. So what is the solution – if the £12k is a one-off, albeit one which is probably an accurate assumption of traveling costs for a team covering around 6,000 miles a season and which includes a few overnight stop overs – is there a way to bring equality into it? Next season Workington, Stortford, Gloucester and Oxford City will have the biggest coach bills. This has to be budgeted, alongside players’ wages, tax bills, running costs and in Gloucester’s case, rent. Last season Gloucester had one overnight stop, paid for by the Supporters’ Trust, Workington had one – but once again travelled down to Gloucester on the day of the game, not the best preparation for a closely competitive league. This season, thanks to Blyth’s relegation, Workington’s nearest game is 130 miles away in Harrogate. There is no doubt that the cluster of teams around the north-west and the midlands clubs will have to pay considerably less, freeing up precious budget money. Yes, there are regional variances on petrol prices and coach hire but that doesn’t alter the distance travelled. One suggestion has been to split Step 2 into three and create a Conference Midlands, a nice idea but a logistical and administrative nightmare. And the fact remains that within three or four years there would be the same imbalance – mainly due to the fiefdom of the Northern Premier League and the reluctance of clubs to apply for promotion(http://www.twohundredpercent.net/?p=10903) You can see their point to some extent – nice local league, competitive games, little bit of traveling or semi-national league, even more competitive games against some full time teams with loads of traveling past Scotch Corner. The current trend for at least one club to be expelled from the league or go into financial meltdown and drop through Step 2 also throws another spanner into the works – another league at that level wouldn’t help this. Or what about flipping the north/south line 90 degrees? Create a Conference East and West, this idea was being seriously debated by fans when it looked like Lowestoft (closer to Holland than Gloucester) were on the cusp of promotion. It would certainly even out some of the traveling between the two current leagues. At the moment the northern half of Step 2 covers a lot more tarmac than their southern sister league. So this idea is a winner, right? Well, it is until you consider the prospect of Truro and Workington being in the same Conference West league, 445 miles apart from each other, roughly an eight hour drive without traffic. So maybe that’s not such a great option after all. Another option could be promotion bonuses – to boost teams coming up, keeping the leagues competitive and combating the deep intake of breath from new Conference North chairmen when they see quite how far away Workington is. But that’s back to the £12k and favouring some teams above others. There is also a question of where the money would actually come from? A third idea, and one which makes some sense on paper at least, is a pooled pot where all teams paid into a central fund, based on the average journey costs which could then be distributed to each team based on their actual costs. The only problem is when I suggested this last year it was pointed out to me, by Colin Peake no less, that it would be like turkeys voting for Christmas, and he has a point. Given the fact that clubs rejected new financial regulations at the recent Conference AGM shows they are perhaps keen that the light isn’t shone too brightly on how they deal with their budgets just yet, even if it did potentially reduce their coach bills.
Share
Tweet
Share
Pins
Share
Like

Super agent Mino Raiola has encouraged Juventus star Paulo Dybala to move to Real Madrid, Manchester United or Chelsea, the Express reports. The midfield maestro was linked with a move a...