The Future of Non League Football – Time to rethink the FA Vase?

Share
Tweet
Share
Pins
Share
Like
Wembley Stadium will host a number of massive games in May. The FA Cup Final between Chelsea and Liverpool will be played out in front of a capacity crowd early in the month before the attention turns to the sell out between West Ham United and Blackpool in the “World’s Richest Club Game” and the FA Trophy final. Just a few days after the end of the month the stadium will say goodbye and good luck to Roy Hodgson’s England squad as they play Belgium before departing for the European Championship in Poland and Ukraine. But in the middle of that Wembley will host a bizarre game that still defies reason as to why a stadium that costs literally hundreds of thousands of pounds just to unlock the doors would be the venue. The FA Carlsberg Vase Final (ironic name given you cannot drink beer and watch a game in the final) typically gets crowds of less than 10,000 and apart from a “day out” for the clubs involved, it is a strange game to justify. This years final is all the more baffling as it involves two teams who have already played each other four times this season, play in the same league and are barely 30 miles apart in the furthest league away from Wembley Stadium. 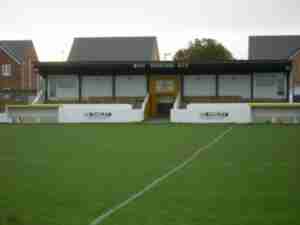 On Sunday 13th May West Auckland Town will take on Dunston UTS not in front of the 140-odd who saw their last meeting this season but a figure of close to 10,000. They met early in the season in the FA Cup twice as well as in the league with the scores on the door at one win each and two draws. Is there any real need to expect the fans to make the 600 mile round trip for this game? Couldn’t some sensibility be used here? Surely if the FA deemed the final should be at Wembley then play it on the Saturday as part of a double header with York City and Newport County, who will be competing for the FA Trophy in front of around 25,000. Alternatively, why not play the game at St James’ Park or the Stadium of Light which would undoubtably provoke more local interest and a significantly bigger crowd.  During the “Inbetween” years of 2000 and 2006 the final was played around the country at Villa Park, White Hart Lane, St Andrews and Upton Park. The FA dictate the minimum ticket price for these games and the £25 that adults will be charged for the game is a 500% mark up on the regular admission price for a game at either side. Part of these receipts will flow back down to the clubs, but as much as if the final would have been played in the North East? St James’ Park and the Stadium of Light would be good venues and still give the teams involved a Premier League venue and probably a good few thousand on the gate. Anyway, what about the two teams involved at Wembley this Saturday? One is automatically drawn to the romantic story of West Auckland Town, who have a very good claim to be the first ever World Cup winners. Back in the early years of the 20th century there was no international competition between nations outside of the Olympic games. A jolly Englishman by the name of Sir Thomas Lipton, the creator of the Lipton’s Tea brand, had the brainwave of a tournament featuring the best club sides from some of Europe’s biggest footballing nations. He floated the idea to the Italians, Germans and Swiss and they agreed to send Torino, Stuttgarter Sportfreunde and FC Winterthur to the tournament in Turin. Unfortunately the FA refused to nominate anyone, so Lipton invited a team of coal miners from the village of West Auckland in County Durham (to this day the reason is still unknown why they were chosen by Lipton). They accepted and went onto win the Sir Thomas Lipton Trophy by beating first the Germans and then the Swiss team in the final. 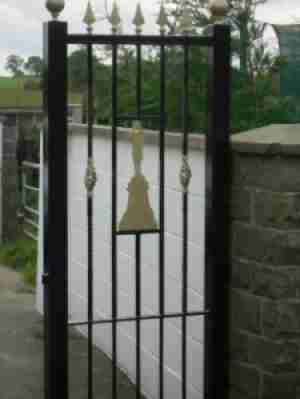 Two years later they were invited back to retain their trophy which they did by demolishing Juventus 6-1 in the final, taking the cup back to the North East where it remained until it was stolen in 1994. As part of the 100th anniversary of the win in 1909 West Auckland took on Juventus again, although their contrasting fortunes since the original tournament meant it was their under20’s side that lined up against the Englishmen, running out easy 7-1winners.Their amazing tale was made into a TV film starring the likes of Richard Griffiths, Tim Healy and Dennis Waterman in the mid 1980’s. Debts forced the original team to disband and reform as the current entity in 1914 and since then they have been a feature of the Northern League. Their golden era was in the early Sixties where they won the Northern League and Cup double in 1959/60 and reached the final of the FA Amateur Cup where they lost to Walthamstow Avenue at Wembley Stadium in front of a crowd of 45,000. Whilst Juventus today make do with games against AC Milan, Napoli and Roma, West Auckland have rivalries with Bedlington Terriers, Billingham Synthonia and Jarrow Roofing. And of course Dunston UTS. 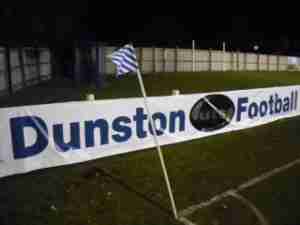 The Fed as they are known, used to be called Dunston Mechanics and Dunston Federation Brewery before an agreement with current sponsors, the engineering firm UTS Ltd who also sponsor the ground (The UTS Stadium no less). Their history is none so glamorous as West Auckland’s having only been formed in 1975. Two back to back Northern League titles in 2004 and 2005 (as well as winning the Northern League Cup in the same years) have been their best achievements although due to grading issues they have not been able to take their place in the Northern Premier League structure. Both sides can lay claim to very good league campaigns.  West Auckland finished just two points off top spot in 2nd place, whilst Dunston were a place and five points behind, although few other leagues could boast the points tally of the top three being on average 92.6 and over 2.2 per game.  But the Wembley tie will be the biggest in either club’s history.  There is also the reputation of the North East to bear in mind in the FA Vase, with the trophy being held in the past three years by Whitley Bay.  In fact their loss to West Auckland ended a run of 29 games and 1,420 days without defeat – a record in this competition. Photos thanks to Andy Hudson’s Gannin’ Away website
Share
Tweet
Share
Pins
Share
Like

Black suit – check White shirt – check New club tie – check I was ready.  After the false start on Saturday I was making my “proper” debut as a director.  I was ready to press the fl...