A night in Middle England 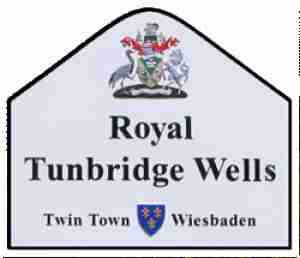 Royal Tunbridge Wells is very familiar to me.  Every two weeks I can take a long hard look at the fine architecture of the town as I get stuck in the through traffic on my way down to Lewes.  The town of just over 50,000 is one of only three that can call themselves a “Royal” place (along with Leamington Spa and Wootton Bassett) thanks in part to the nights out on the razzle Prince Albert and Queen Victoria used to have down here. House prices around the town are some of the highest in the south east. The town sits almost on the crest of the High Weald, which all of you Geography A-Level students will know is the chalk inner core of what was once a domed plateau that extended into France. Today, pavement cafes and smart shops line the Pantiles, the famous historical part of the town centre and four by fours park badly in the car parks. The town has one of the highest Daily Mail readership rates and it was here that the acronym NIMBY was created. A five minute walk from the town centre will find you at the Nevill Ground, one of the most picturesque cricket grounds in England, where Kent bring the county roadshow every year. But the team, whisper it quietly, also has a football team. Kent Premier League Tunbridge Wells have actually been around for 125 years, but play on the furthest reaches of the town in the Culverden Stadium. I am sure the town is proud of its football team but they have a funny way of showing it. 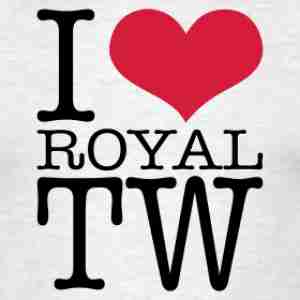 I had spotted an opportunity to sneak in a new ground visit late in the day – in fact around 6pm when I was on the train home. I knocked up a quick chicken risotto with a creamy pepper sauce for CMF, made her a cup of tea and then asked if I could go in the name of research. “Of course you can darling” was the answer I expected but instead I got a look that said “it’s pissing with rain, you have been moaning about how much work you have to do AND you haven’t packed for going away tomorrow. Oh and you are going to six games in the next seven days”. I am not an expert in body language for nothing you know. But I made those puppy eyes and I was off. Tunbridge Wells v Herne Bay here I come! Herne Bay have been the stand out team of the Kent Premier League this season. In fact they had a pretty good season last time out as well, finishing runners up to the outstanding Hythe Town. In fact they probably would have pushed them closer if it wasn’t for Town’s FA Cup run to the first round which netted them over £30,000 in prize money, enabling them to strengthen their squad just when it came down to the wire. But this season they vowed to go one better, with the sole aim being promotion to the Ryman League. It looks like they will achieve that goal, but in the process they also came within one goal of an appearance at Wembley Stadium, a feat still not achieved by over 50% of the current Premier League. Last Saturday The Bay travelled a long way north to West Auckland to play in the second leg of the FA Vase semi-final. Having drawn the first leg at Winch’s Field 2-2 in front of over 1,800 fans, they went in hope that they could win the game and the tie in the North East. Alas they lost 2-1 and the dreams of a visit to the grand arch disappeared in the Fog on the Tyne. But the cup run will have improved the bank balance no end and could be very useful in the close season assuming they hold their nerve at the top of the table. This game was certainly going to be a major test. Not only would they be tested to see how they had recovered from the disappointment of the Vase defeat but Tunbridge Wells were one of a number of teams who fancied the runners-up spot in the league – because you never really know what the Ryman League will decide in the summer and there is always hope that a team could be expelled for not having the right width path around the pitch (hello VCD Athletic 2010) and two teams may be promoted. 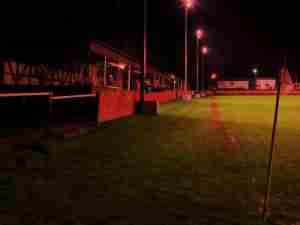 Tunbridge Wells had actually experience in playing higher up the non-league ladder. Back in the 1960’s the club played in the Southern League, even reaching the FA Cup First Round where they played Brighton & Hove Albion. But since then they have had to do with life in the Kent Premier League. They do have one major claim to fame though. On Wednesday 31st August 2005 they took on Littlehampton Town in the FA Cup Preliminary Round and after 120 minutes of football, the scores were still level. So at 10.25pm penalties commenced. At 11.15pm they eventually finished. Forty spot kicks were taken to eventually see Tunbridge Wells win 16-15 in what is still a record in European football. Last season the club made progress on a number of fronts, scoring over 100 goals as they had great cup runs in the FA Vase and FA Cup as well as a mid-table finish. Hopes were high for this season, and with a month to go they are focused on that 2nd place spot. This was a new visit for me and I was a little worried when the SatNav direct down a long country lane. Middle England? That was positively the countryside. Dense trees surrounded the ground, and with an almost full car park it was obvious that the locals had abandoned the sofa and Barcelona v AC Milan for a tasty Kent derby (in theory all games in the Kent Premier League are derbies though). Tunbridge Wells 0 Herne Bay 2 – Culverden – Tuesday 3rd April 2012 If this game would have been played 24 hours earlier you could argue that Herne Bay wouldn’t have won, but two rain-induced moments in a space of four second half minutes won them this game and in the process gave Wells’s keeper a night to forget. 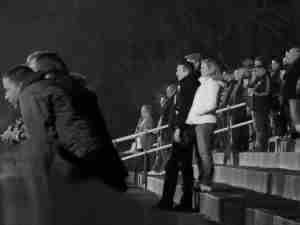 The heavy rain had delayed by arrival at the ground as there was a protest in Southborough on the way down. The locals were protesting that the hosepipe ban about to be enforced would hamper their chances to win Middle England’s best kept lawn competition (or was it that you didn’t leave home in time – ED). Still, after paying my £6 there was enough time for a Spitfire. When isn’t there time for a pint of Shepherds Neame’s finest. The bumper crowd (over 200 which is almost three times the average for the rest of the league) didn’t let a small matter of rain spoil their enjoyment either as they chose the terrace instead of the stand for their viewing spot. The ground is certainly rustic. On one side it is just huge trees. Behind one goal it was just fields, stretching up to the High Weald. One low main stand of a few rows of seating and a few steps of covered terrace sandwiched the dressing rooms and the VIP area (metal chairs as favoured by England fans circa Charleroi circa June 2000 if I am not mistaken). Perfect for this level, although you would feel that the fussy Ryman officials would have something to say about it if and when they apply for entry to the higher league (after all they turned down Whitehawk’s request to use the Withdean in Brighton which had been used for League football by Brighton & Hove Albion for years). The players took some time to re-introduce themselves to playing in wet conditions. I cannot remember the last time I saw a game played in the rain in England and it made a novel change to stand in the rain to watch. Both teams were committed to say the least and the referee, whilst a bit fussy, did well to control the game. The first half was one of little action though, the best moment coming when Tunbridge Wells hit the underside of the bar after a scramble in the area. 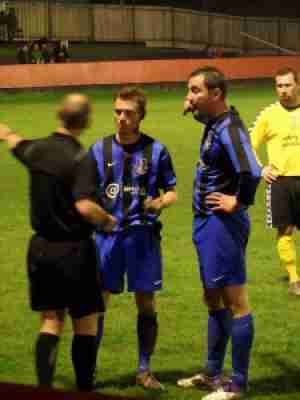 The second half, and the game, was defined by a four minute period just after the start of the half. In the fiftieth minute a long through ball over the top of the Tunbridge Wells defence and picked up pace off the slippery surface. Unfortunately the Wells keeper had already come charging out of his area and the bounce took him by surprise and he missed the ball, leaving the on-rushing Ashley Baverstock the easiest job of tapping into an empty net. Four minutes later and it was 2-0. A free kick just inside the Wells half was floated into the area by Michael Jenner and it caught everyone by surprise including the keeper as it sailed over his head into the top corner. The rest of the half was spent by Tunbridge Wells hopefully looking back into the game. Their fans were certainly vocal on the terrace behind the goal, urging them to “go for the kill zone” and then the bizarre shout of “Let’s beat them with our superior sexuality”. I have no idea what that meant or what it was supposed to encourage but whatever it was it didn’t work – the game ended 2-0. It had been a pleasant distraction from the Champions League. I had backed Barcelona and Bayern both to win, and could leave happy that I had made some modest money that paid for my visit to Middle England. Until we meet again I bid you farewell.
Share
Tweet
Share
Pins
Share
Like

About Jubilee Fields There are few better grounds in the Sussex County League than Three Bridges’s Jubilee Fields.  Located next to the main road, but surrounded by trees on three sides ...