How was it for you? Part 8 – Living like a King..stonian

Share
Tweet
Share
Pins
Share
Like
Jamie Cutteridge takes up the baton and talks us through the highlights of his non league season. It’s a certain knowing, yet deadening feeling when you become the kind of person that you have always mocked and yet that defined a season in which I developed one of those ground-hopping habits that I had previously stigmatised as being dominated by men in anoraks. Whilst anoraks persist, the grounds are frequented by annoyingly socially-adjusted individuals, and so I was lured in, becoming a season ticket holder at Kingstonian, touring grounds of the country watching clubs unheard of in my cosy Holte End perch just 12 or so months ago. 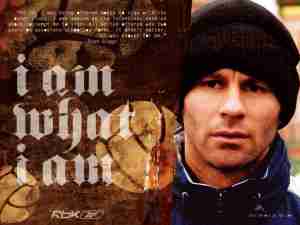 For Kingstonian, it was ultimately a disappointing season. Whilst the early months saw more last minute winners than Ryan Giggs has seen, erm, last minute winners the highlights came with two memorable Monday night wins over (local rivals and eventual Ryman league winners) Sutton, and, after a penalty shooutout, Margate in the 2nd qualifying round in the FA Cup. They cup then punctuated the winter months of my year-long cherry pop by providing trips to (deep breath) Margate, Kingston (twice), St Albans, Carshalton, Harrow, Woking and Wycombe as I allowed myself into the world of ‘The Real FA Cup.’

The rest of the season saw trips around the South-East of England, discovering new grounds, new ales and new feelings of disappointment, seeing my team lose in new counties. The joys of twitter and ‘meeting random folk from the internet’ club (N.B. not a real club) only added to the fun. Perhaps the most crystallising moment of what it means to follow football came on the final day of Kingstonian’s season where, as results all over the league kept altering for, and against K’s favour, ultimately the side’s own sheer feckwittery enabled to lose a 3 goal lead to a club with nothing to play, and hence miss out on the playoffs. The feeling of disappointed tinged with the loss of football for another few months leads to the knowledge that despite repeated kicks to the man-bits, we will all be back in August. Tribalism aside, my two highlights the season came at clubs reborn, Chester and Wimbledon. Chester in their first season back since going under were wonderful hosts at the Deva back in September as a crowd of over 2000 in the Evo-Stick division one north. Here was a story that we are beginning to get used to of a club going under, and the fans doing something about it to get it going once again, and (as seen in other cases) there is something special in those early days, and so stumbling into the Deva on a family weekend away turned into an unexpected treat. At the other end of the Phoenix spectrum are AFC Wimbledon, a club close to Ks geographically, if not in heart, as they share a ground (in reality, the Dons are K’s landlords). Due to my only recent dalliance with Kingstonian, I hold no ground-related resentment, and instead only admiration for the newly promoted Football League club. Proximity meant that trips to (an unusually) full Kingsmeadow occurred a few times this season, but none more passionate, exciting nor poignant than AFC’s final home game as a non-league team in theirplayoff semi-second leg against Fleetwood. The events of the evening are documented here (in MS Paint form), but the overriding emotions of hope, togetherness, life and community are feelings that transcended the events on the pitch and created an event like no other. And that, THAT is why non-league drew me in, shook me around and defined by 2010/2011 football season. See you in August. You can follow Jamie on Twitter here.
Share
Tweet
Share
Pins
Share
Like

“And so the end is near”…with just a few days left until the start of the Premier League and Non-league seasons there was still time to fit in one more friendly.  And could we have found ...