Andy Pickwell gives us the highs and lows of a season in the wilds of Lincolnshire. Boston United fans know something about ups and downs, mostly downs… Cheating our way into the Football League, winding up with the same cheating fraudster taking us down five years later while doing his best to run the club into the ground. Skipping the Conference and being dumped into the Conference North before another demotion to the Northern Premier League. United almost dropped out of the NPL as the worst team to pull on amber and black won on the last day against Cammell Laird to stay up. The last few years have been about rebuilding; Rob Scott and Paul Hurst became the new managers and, with a complete revamp of the team, took United back to the Conference North at the first time of asking. United’s Conference North season started with a couple of 1-0 wins which did little to indicate what was to come. Boston fans rocked up at a sunny Valley Stadium in Redditch to be greeted by a free buffet laid on by their Supporters trust. The afternoon got better as Boston notched up the Conference North’s record away win with a 9-0 drubbing. Credit to the Redditch support for singing when nine down!

The next away game, at Harrogate, saw a 6-3 win spark off an 11 game unbeaten league run. Boston only scored 11 in the next ten games, but the back-line kept ten straight clean sheets including one of the best results of United’s season; Boston got absolutely battered by an unbeaten Alfreton side, including a missed penalty, only to run out 1-0 winners. This great run was punctuated half way through by one of the season’s few lows. Worcester City, quickly becoming one of Boston’s bogey teams, visited York St for the Pilgrims’ first FA Cup encounter of the season. It turned out to be the last as Boston, going 2-0 down brought it back to 2-2 only to lose it in the last minute. The FA Trophy held little more joy as Boston missed out on an away trip to Luton following a 1-0 defeat at the hands of Gloucester. United took part in a thrilling encounter at Workington, going 2-0 up to 3-2 down only to win 5-3 in what can only be described as a brilliant match; eclipsed only by the home game against Alfreton. United became the first and only team to do the league double over Alfreton this season. Trailing 2-0 at half time, one of the best halves of football I’ve seen won Boston the game. 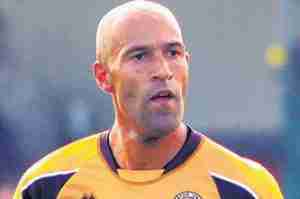 Then managers Scott and Hurst, with awful timing, threw the toys out of the pram and went to Grimsby. Jason Leeand Lee Canoville took over and despite a Lincs Senior Shield defeat to Stamford, saw the Pilgrims into the play-offs against Guiseley. Over the two legs United managed to come back from 1-0, 2-1 and 3-2 down to take the game to penalties. Sadly for the Pilgrims’ the luck was with the Yorkshiremen and Boston’s fantastic season was over.
Share
Tweet
Share
Pins
Share
Like

Top five performers in Round 18 of the Premier League

The Premier League was packed with drama and excitement this weekend. Some of the top sides returned to their winning ways, particularly Liverpool and Arsenal following disappointmen...