Share
Tweet
Share
Pins
Share
Like
Few people would know that there are actually two teams in Leyton, London E10.  Or there was until Friday 14th January 2010.  That day could be long etched on the history books for non league football as the day a nail was put in the coffin of Leyton FC. Leyton FC certainly didn’t have the history of their illustrious neighbours, but could lay claim to being the second oldest football club in London (being Cray Wanderers), having been formed in 1868. As with most non league clubs they went through a period of name changes, mergers and disbandments most notably when they merged with Wingate FC in 1975 to become Leyton-Wingate F.C.  This lasted until 1992 when the two clubs parted company and the name reverted back to Leyton. In 1995 the club merged with Walthamstow Pennant and moved away from Leyton Stadium to become Leyton Pennant F.C., now known as Waltham Forest. A new Leyton Football Club was set up in 1997, and following a High Court case in 2002, successfully won the right to be recognised as an official continuation of the original club and they took their place in the Essex Senior Leagues.  They reached the Ryman Leagues in 2002 and they were just one win away from promotion into the Conference South in 2005 but they lost to Eastleigh in the play off final. 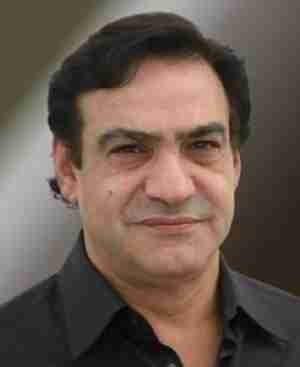 Things started to go wrong in October 2009 following an investigation by HMRC.  The chairman Costas Sophocleous and former director Philip Foster pleaded guilty to their parts in a £16m VAT fraud and in January 2010 Sophocleous was sentenced to 8 years 3 months and Foster to 5 years 3 months in prison.  Part of the cash they had obtained had been used to run the E10 bar and restaurant at the ground. Sophocleous’ son, former Leyton player Mark, and his wife, Alison, were found not guilty of associated money laundering charges. Accountant Stewart Collins was found guilty and sentenced to 6 years. Ouch. Following Costas Sophocleous’ conviction, Ivan Persaud left the club and was replaced as manager by former player Malcolm Dannie for the beginning of February 2010. The teams inability to win a game in his tenure led to Dannie leaving and being replaced by former Ashford Town Middlesex Reserve Team manager Wilson Frimpong for the final six games of the season during which time, the team went unbeaten but still narrorly couldn’t avoid finishing 21st and in the relegation zone. However, because several clubs higher in the pyramid were dissolved or demoted, Leyton were awarded a reprieve and remained in the Isthmian League Division One North division for the 2010–11 season.  In hindsight this was probably the wrong decision for the club. 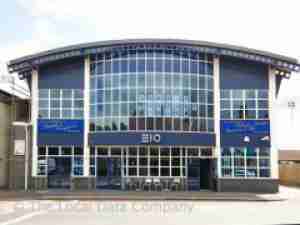 This season they had limped along.  One win and six draws saw the club prop up the Ryman League North.  Their previous five games had ended in defeat for Leyton, conceding sixteen goals and scoring a big fat zero in the process.  A number of home games were called off, formerly due to the bad weather but latterly for “safety issues”.  I remember the game on the 13th November against Tilbury where the kick off was moved forward an hour without most fans aware, apparently due to the fact the floodlights were not operational.  The “official” crowd on that day?  22. A week later a local derby against Ilford saw one more fan come through the turnstiles in what was to become their last home game in their current format. I appreciate that they are essentially competing against the likes of West Ham United, Tottenham Hotspur and of course The O’s down the road, but even so, to have more people on the pitch than in the stands cannot be sustainable for any club at this level.  What role does the Isthmian League have in all this? Surely there was some warning signs that they could have picked up on? 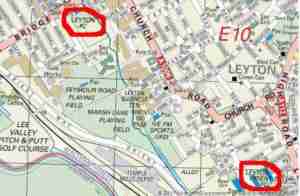 On the 31st December the league announced that Leyton’s game versus Romford on the following day was postponed due to “an issue with the facilities at the Hare & Hounds”.  Then on the 12th January the league announced:- “The League has reluctantly applied League Rule 4.6 against Leyton FC as a result of the Club’s not paying the second instalment of its annual subscription despite a Board instruction under Rule 4.6. Rule 4.6 states that if a club fails to comply with an instruction of the Board within 14 days of notification, it will be suspended from playing until seven days after the instruction has been complied with. The Club’s next two matches (at home to Brentwood on Saturday and Harlow on Tuesday) have been postponed as a result of this action.” All very mysterious indeed.  And then of course the final obituary was published on the 14th January in a simple two line statement from the Isthmian league. “The League has received notification from Leyton Football Club giving immediate notice of their withdrawal from Division One North of the Ryman Football League. The withdrawal will now be referred to the next meeting of the Board of Directors on Thursday 27th January when, among other matters, a decision will taken regarding the current playing record of the Club.” We can go into the why’s and where for’s on the reasons for ages but the fact remains that without any help, the Ryman League is now one club short for the remainder of the season.  Of course, the winners will be the Essex Senior League will will probably be given an additional promotion spot next season. So what happens now?  Well the club in theory still exists, but all of the staff have obviously left the club, hoping to find employment elsewhere.  The. All of the points the other teams gained against Leyton have now been taken off The club have can count a few famous names amongst their former players.  The legendary Segar Bastard (often quoted as the original source of “”The referee’s a bastard” chant) played for the club before becoming an official.  Charlie Buchan, he of the Charlie Buchan’s Football Monthly magazine fame played for a season with the club back in 1910 and of course the legendary Spurs winger Cliff Jones played for the club during the 70’s . 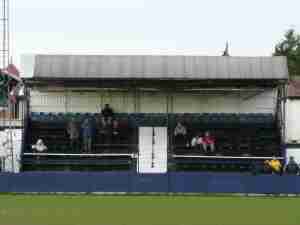 Few fans of Spurs, West Ham United or even neighbours Leyton Orient will bat an eyelid at Leyton’s demise.  Yet they could have made a difference.  How much would it have cost to sponsor a game, or play a friendly at the ground once in a while?  An advert in their programme perhaps? West Ham have played games at 5.30pm on a Saturday evening a couple of times this season.  Surely a joint promotion on an earlier kick off at Leyton could have added a few hundred on the gate? But then we do not live in a benevolent world do we?  Football is all about money.  It is a competition, where clubs compete for the floating support willing to pay for the a slice of the action.  Dog eat dog, and if that means the little clubs get trampled on, so be it.  Shame, real shame.
Share
Tweet
Share
Pins
Share
Like

Arsene Wenger has responded to fan criticism following another Champions League exit by calling the fans that organised a protest against him ‘brainwashed’ by the media, Mirro...