A LITTLE FROST AND IT ALL GOES WRONG – Thurrock FC 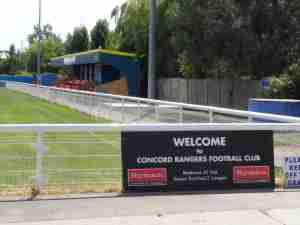 Today’s football had been planned for week and was due to coincide with a nice family lunch as a starting point.  CMF wanted to spend some of my money on Christmas presents and I had no intention of venturing into any of the 21st century cathedrals we have built in the South East of England.  So I agreed to drop her off at Lakeside and pick her up afterwards, leaving me with a 3 1/2 hour window.  I hate to say that I was turning my back on Lewes, who were playing at Ship Lane against Lakeside but there is only so many cars you can count on the M25 there.  Instead I had two options.  Billericay Town and Concord Rangers.  So I went to the God of all decisions.  Twitter.  I asked which one I should go to, and within minutes I had my answer:- “Could an access all areas and guaranteed player/management interviews sway your decision? Also unlimited tea/biscuits?” Direct from the horses, well press officers mouth at Concord.  In truth he had us at unlimited tea. 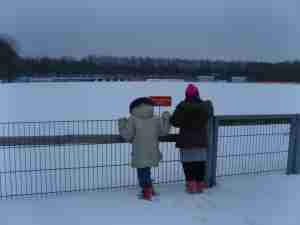 But of course I didn’t figure in the sudden and unexpected drop in temperatures.  Games started to fall to the weather from 9am but Concord were holding out.  A local referee came and visited the ground just before 11am and gave it the all clear.  Both managers seemed happy and the message went out it was on.  And then the referee turned up at 1.30pm, realised he didn’t have his gloves with him and promptly called the game off. Fortunately I was already north of the river when Concord let me know, and with the games at Billericay, Aveley, Ilford, Grays Athletic and Tilbury all gone the same way I had little choice but to head to Thurrock. Now why my reluctance at going to see my beloved Lewes?  Well, I have been to Thurrock a few times before, and it is not a ground that I really warm too.  The small number of Thurrock fans are decent sorts but I think they could do much more to attract bigger crowds, but then so could so many other clubs.  I didn’t really fancy Lewes’s chances either – despite climbing out of the bottom three recently, form on the road this season had been challenging. Fifteen pounds for Lolly and myself was high for football in this league but I never begrudge paying to watch football at this level.  So we met up with Deaks and Dave, who had managed to drag themselves out of Lakeside for the game, along with a guest visit from Dagenham Dan who like us had seen his plan A, B and C fall by the wayside. I could go into great detail about the game but who really wants to hear about a game with a blow up doll, two penalties, another Lewes sending off, the long awaited return of David Wheeler, the longest queue for a cup of tea in the world, Patrick Marber wearing a hat with strange flaps on, Alex Leith being told he is not allowed to take pictures as it is “against the law” and a referee wearing gloves.   But a picture paints a thousand words, so enjoy the story unfolding below. Thurrock 3 Lewes 1 – Ship Lane – Saturday 27th November 2010
Share
Tweet
Share
Pins
Share
Like

THERE MUST BE ANGELS – Tonbridge Angels

Sometimes even the best laid plans go wrong for no reason at all.  Today was a football free day.  I had agreed that one weekend each month I would turn my back on the beautiful game and ...