Share
Tweet
Share
Pins
Share
Like
On the 18th September 1885, the union of Eastern Rumelia and Bulgaria was announced in Plovdiv to cap an amazing week in history.  First we had the ridiculous Arbroath 36 Bon Accord 0 scoreline that would have had James Alexander Gordon repeating that a few times (to this day Bon Accord fans still claim the 7th goal was miles offside) and then we had the news that Jumbo the elephant had been killed in a train crash whilst working for P T Barnum’s circus.  Sad days indeed.  But down in East Sussex a story that got no press whatsoever broke. 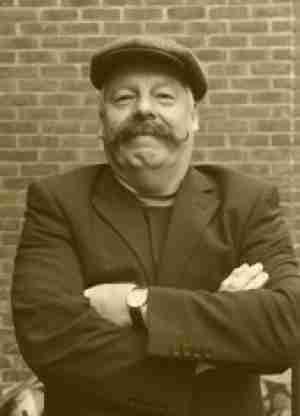 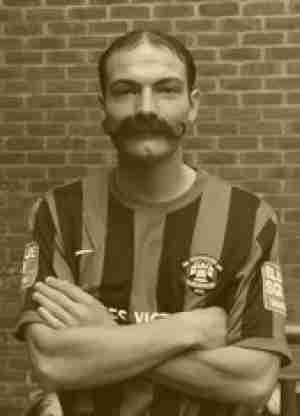 A normal night of karaoke at the Royal Oak pub in Lewes turned into something quite special as a group of fine Victorian gentlemen, fed up with the butchering of Wired for Sound (Cliff is that old surely?) decided to form a football club.  And so was born Lewes FC.  They agreed with the local council that they could play in a boggy area of the town known as the Dripping Pan and have called that place home since – in itself quite an impressive achievement.  That group of men who played their first ever match a few weeks later wore Green shirts to reflect the picturesque South Downs overlooking the ground. Fast forward 125 years and the team ran out onto the pitch at the Dripping Pan wearing a special one off kit (which will be auctioned off for charity) in celebration of a remarkable anniversary.  Remarkable because less than 6 months ago it seemed that Lewes FC would be no more.  We’ve talked about the move to a community club on many occasions on this blog and all the new opportunities it brings, but the new owners of the club really want to make a difference.  So what better way to celebrate the occasion but by making a promotional video to encourage the Chelmsford City fans to join in the party. Our day had started early.  In preparation of the arrival of the Football Focus cameras (yep, we move in exciting times now at Lewes) I had been putting up our latest influx of scarves in the Rook Inn.  Welcome to Dagenham & Redbridge, Lincoln Moorlands Railways and Malmo into the hall of fame – you are most welcome, and if anyone wants to see their club colours showcased them please send a scarf c/o The Rook Inn. 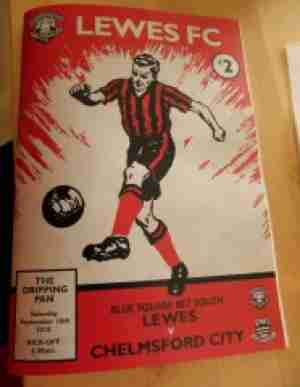 Unfortunately, Mr Last was absent without leave in the north of Spain preferring to take in Racing Santander v Real Zaragoza if you please, but your are never on your own at Lewes – in fact Cheers bar stole our motto of “friends you haven’t yet met”.  And with Harvey’s brewing a special 125th Anniversary beer for the occasion what could make the day go any better?  Well how about a guest announcer, some live music and not forgetting some welcome opponents in the form of Chelmsford City. The first few games hadn’t exactly gone according to plan for Lewes with just four points from their opening eight games.  The positives were that attendances were up significantly at the Pan, the negatives, well six defeats is something you can’t gloss over.  Chelmsford on the other hand had started as everyone expected them to – 100% at home and mixed away.  Let’s just hope the only thing they would be taking away from the Pan would be one of those very nice anniversary beer glasses. Lewes 0 Chelmsford City 1 – The Dripping Pan – Saturday 18th September 2010 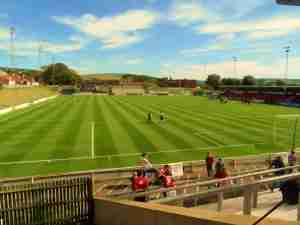 You couldn’t have asked for a better day for a birthday party.  The sun was shining when I arrived at the ground and the bar was still filled with barrels of beer from the previous nights Beer Festival.  Fans started arriving from 1pm to take advantage of the wide range of ales on offer, although the special Lewes 125 Ale, brewed by those masters Harveys down the road would be held back for half time.  Chelmsford’s directors arrived and kindly gave the club a special 125 shirt as well as a certificate marking the occasion – a very nice touch. 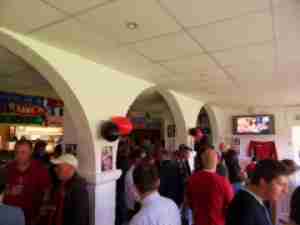 By 2pm the bar was packed.  Six deep would be a fair reflection.  The club had eight people working to try and serve as many as possible, and the ales were slowly disappearing.  The Football Focus team were interviewing all and sundry, giving some special attention to the work we had carried out in the Rook Inn, which was nice.  The birthday cake arrived soon after, which would be ceremonially cut on the pitch at half time by a group of former players.  Just before kick off I received a message of good luck from our Danish (Ben) and New York (Luge) correspondents, who had found a pub in Copenhagen with Harveys on draft and were raising a few in Lewes’s honour.  More on those two later this week as they head off to FCK v Brondby. 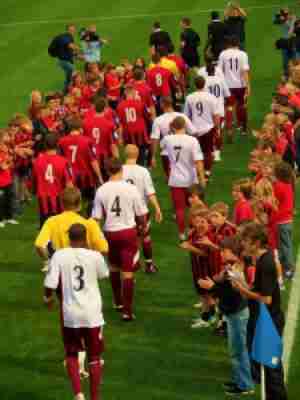 Almost a carnival atmosphere, and when the 125 children, dressed in their Lewes finest formed a guard of honour for the teams, there was a tear in the eye of more than a few people. Everything we could have done to make the day special had been done.  It was now up to the team and try as they might they couldn’t find that opening to exploit.  Chelmsford are a difficult team to break down, and despite some excitement when the back line was breached,  James Pullen in the Chelmsford goal wasn’t tested in the opening period, whilst at the other end Chris Winterton was showing why he was a worthy replacement to Rikki Banks. Half time saw the launch of the 125 Ale and the queues were testament to its popularity.  The cake was cut and later divided up so that the two hundred or so kids all got a piece.  However, the rest of the Lewes fans were going to leave empty handed as just four minutes after the break Chelmsford scored the only goal when Sam Higgins shot from the edge of the box hit the back of the net.  Bugger….Ibbo was furious and explained after the game why (click below to hear his words). 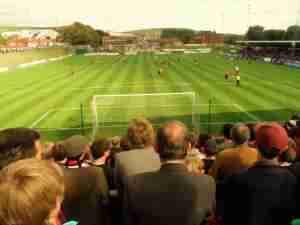 So it was another pointless afternoon for the Rooks.  The crowd of 1,346 was the biggest at the ground since local rivals Eastbourne Borough visited on Boxing Day 2008.  The league was beginning to take a familiar shape with Bromley, Braintree, Dover and Chelmsford in the top five, a similar situation to most of last season, whilst the smaller clubs who were expected to struggle were so. With Mr Last being away I caught up with another blogging star, Mr Ian King from the excellent Twohundredpercent blog who is becoming a regular visitor at the Pan.  The pitch still looked fantastic, the balloons were still up and kids played on the terraces – just like football used to be.  The world may have moved on but somethings are more important and 125 after they were formed, Lewes Football Club still remember that.  There’s always the FA Cup next week anyway! More pictures from the day can be found at our Flickr stream here.
Share
Tweet
Share
Pins
Share
Like

It is hardly a secret that Real Madrid manager Zinedine Zidane is an admirer of Eden Hazard. The White Ballet has been chasing the potential Galactico for almost two years now with storie...