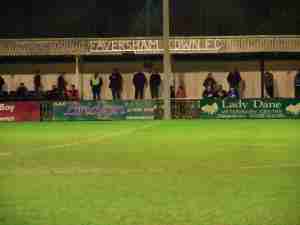 Salter Lane is a work in progress.  Thanks to the patronage of the local brewers there are some exciting plans in place to change the face of the ground.  The old “main stand” is still in existence, as too is the club bar at the far end of the ground.  With ground grading now in place for Ryman Premier League level the club are thinking of the future. The quaint changing rooms, which almost appear to be in a stable block will remain but it is in the area next to them that the next phases of development will take place in the coming years. How to get to the Shepherds Neame Stadium There are few grounds in the Non Leagues that are easier to get to that the Shepherds Neame Stadium in Faversham.  If you are coming by car then travel down the M2 until you reach junction 6.  Turn left at the t-junction (if coming from London) and follow this road until you reach the T-junction with the London Road after half a mile.  Then turn right and the ground is two hundred yards along the road on your right hand side.  There is plenty of parking up Salter Lane within the ground. If you are coming by train then exit the station and follow the road around to the left on Forbes Road.  This will become “The Mall” and when this road reaches London Road, turn left and the ground is 300 yards on your right hand side. Admission to the Shepherds Neame Stadium Admission is £8 for Adults, £4 for Concessions. Our last visit – December 2011 Kent is one of the poorest counties in England when it comes to derbies at the moment.  Last season the high point was the first Ebbsfleet United v Dartford derby for over a decade, whilst Ashford Town’s demise meant that the game versus Maidstone United fell by the wayside. 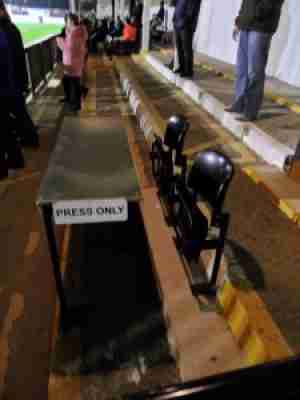 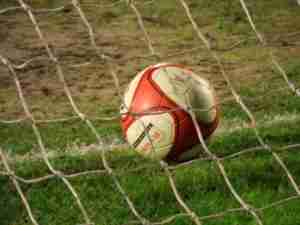 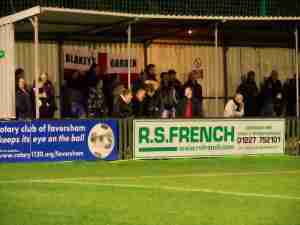 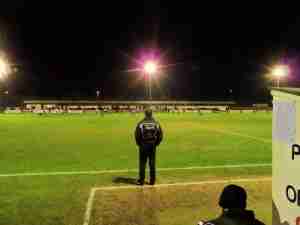 Looking slick on the sideline and looking out towards the pitch, his mind working ceaselessly absorbing every miniscule tactical detail: Pep Guardiola has become an image of a rare b...