Share
Tweet
Share
Pins
Share
Like
First week of the summer holidays and the weather is crap.  Of course it is.  Just as we prepare to that the TBIR roadshow down to Wales we get dull grey skies and rain.  So we delayed heading off until later in the day, and as we were heading west it would be rude not to take in a game on the way.  The old TBIR crystal ball came out (far more accurate than that Paul the Octopus fellow) and the name Wealdstone floated up through the mist. 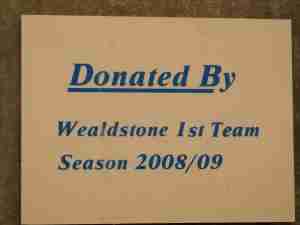 It is hard to imagine that just thirty years ago Wealdstone were probably the most feared team in the non-leagues (and in the lower reaches of the Football League as well).  In those days the Football League was a closed shop, with the 92 clubs all trying to keep the status quo and young upstarts like Wealdstone out of their top table.  Despite winning every trophy going in the non-leagues including the Gola League (the forerunner of today’s Blue Square Premier), Wealdstone were kept out. During this period players like Stuart Pearce and Vinny Jones earnt their stripes at the club, making them one of the most uncompromising teams around.  The FA Trophy victory at Wembley in May 1985 against Boston United turned out to the their high point, before they fell down the divisions, finding themselves in the Isthmian League before long and more importantly homeless when chairman Alan Clifton sold their ground to Tesco. 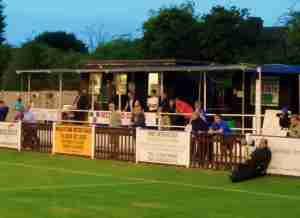 Yeading, Edgeware Town and Northwood kindly hosted Wealdstone over the next decade or so before the club at last the club settled on a ground once owned by Ruislip Manor, and in August 2008 Tonbridge Angels became the clubs first visitors at their new home. Last season started well for the club but the the harsh winter took its toll on fixtures, and despite having games in hand towards the end of the season, the Ryman’s League rejected a claim to extend the season and Wealdstone became one of the clubs forced to play 3 or 4 games a week in the final month of the season as we reported here. 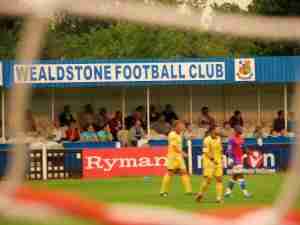 So this season could be their year?  Assuming the weather is not too cruel, and the Ryman’s league actually have some sense (I know fact chance of that based on their recent decisions regarding Grays Athletic and Boreham Wood), then Wealdstone could be there or there abouts come the end of the season. Our pre-season experience so far had been pretty good.  Four games so far and thirteen goals.  Tonight saw the visit of Dagenham & Redbridge.  And where Dagenham go, so does Dagenham Dan.  He’d been to Dorchester Town and Staines Town in the past week following his team so the chance of another new ground was hard to miss.  Saturday’s win at Blue Square South Staines had been memorable for one of those rarely seen football screw ups when someone forgot the kit. Wealdstone 1 Dagenham & Redbridge 3 – The Vale – Monday 26th July Rule 1 for clubs.  When you have a game on try cooking some food before the gates open.  At 7.15pm with a couple of hundred people in the ground a discussion was going on in the “tea bar” as to whether they should bother cooking any food at all.  This was after the umpteenth person had been turned away as they had no “hot options”. Rule 2 for clubs playing pre-season friendlies.  Avoid actually printing the line ups in the programme as they are always massively wrong.  In this case out of the starting 22 listed, only 5 actually started! 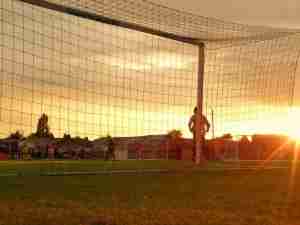 Wealdstone have a star of their own off the pitch.  Matchday announcer Peter Jon Baptiste is a well known figure to most travelling England Fans and is dry sense of humour extends across the airways at the Vale. “Welcome to all Dagenham fans, all except Dan Campbell (aka Dagenham Dan) with his stupid red coat on” was a good opening.  Dagenham were here as part of the deal that took Graeme Montgomery across London last year. Again, this was a friendly played without that friendly spirit.  There were niggles, dives, arguments and histrionics and that made it very entertaining.  Dagenham always looked likely to score, and despite some good early saves from Wealdstone’s Mcweeney in goal it was 2-0 at half time as Tomlin first headed unmarked into the net and then capitalised on a defensive mistake to make it two. 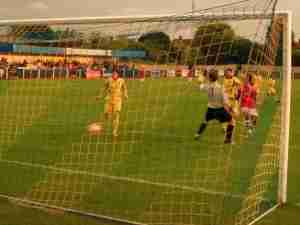 Alvaro Morata has been at Stamford Bridge for only a few months, but his future seems to be uncertain after the Spaniard's revelations about his dislike for London life. D...